“90 percent of painting is half mental.” JQ

Julian is a popular Bristol mixed media artist and a jobbing sign writer and muralist.  His works illustrate his love of ironic juxtaposition, and his interest in Victorian and Edwardian colours, with his series of human-form animal portraits.His recent work features anthropomorphic characters whose stories interweave into what one day will be a book and perhaps even a film.

Julian’s current works illustrate his love of ironic juxtaposition, and his interest in Victorian and Edwardian colours, with his series of human-form animal portraits. A typical example of his work is ‘The Aviator’: a penguin in early period pilot’s uniform at the North Pole. Or to put it another way, a bird that can’t fly dressed in flying kit and standing at the wrong end of the world.

Within three months of exhibiting for the first time he was picked up to be included in a contemporary urban auction alongside Damian Hirst and Banksy by Dreweatts in summer 2012.

Quaye is a commercial artist with over 25 years experience. He began as a graphic designer in the 80s, producing screen-printed designs for clothing. By the 90s he was specialising in custom freehand airbrushing; anything from motorcycles and crash helmets to murals and backdrops. Always keen to develop his skills further, he studied the arts of trompe l’oeil, marbling, graining, colour washing and traditional sign-writing. His mixed-media artwork, sign-painting and murals incorporate many of these techniques to unique and distinctive effect.

When asked about his influences in creating his animal series of paintings, Quaye cites the wit of surrealist Rene Magritte with the animal drawing styles of Beatrix Potter, Walt Disney and Warner Brothers, encapsulated in a portrait in the manner of American realist painter Edward Hopper but with a liberal dose of kitsch. Quite a recipe.

All the paintings form characters for the narrative for an illustrated book in the future. ‘It will be Steam Punk meets Beatrix Potter’ says Quaye.

Jan 20 - A murder mystery and we know who did it

May 17 - The story behind Mr Snuggles

May 17 - How Julian created his first anthropomorphic figure

March 16 - Strong Female Characters in the work of Julian Quaye 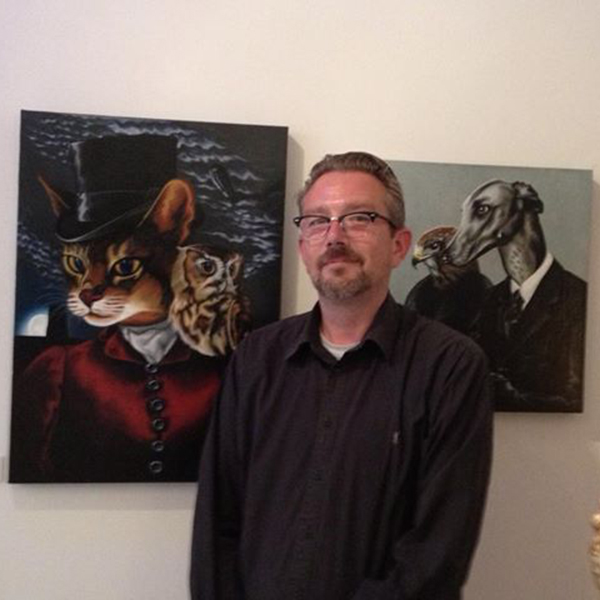 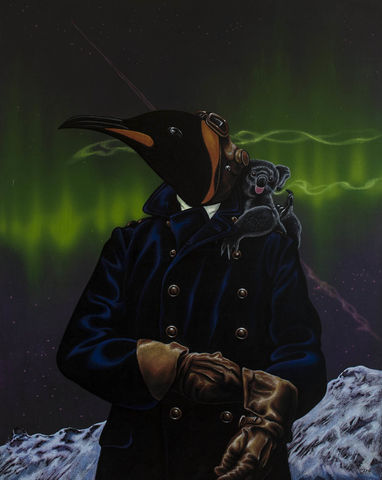 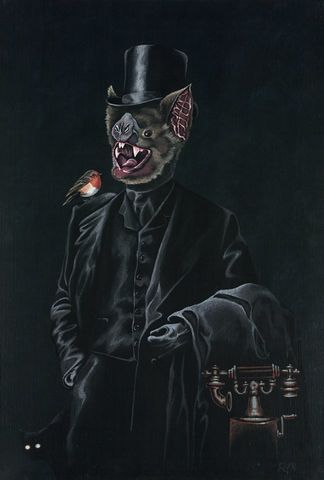 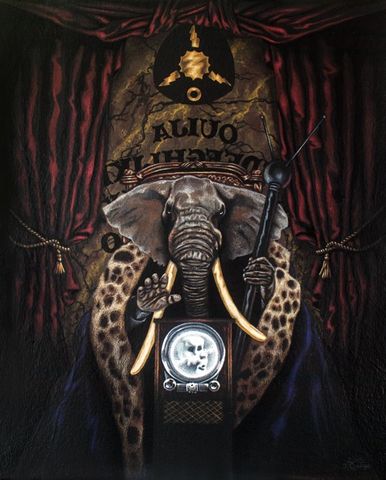 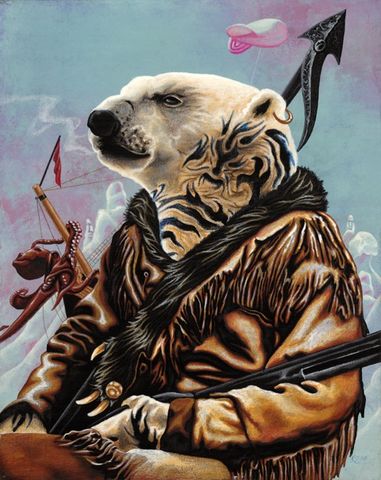 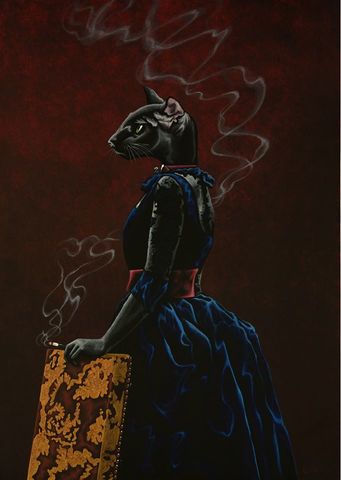 On line book describing the creation of Carolyn Ginger Grant and the real cat behind the painting. 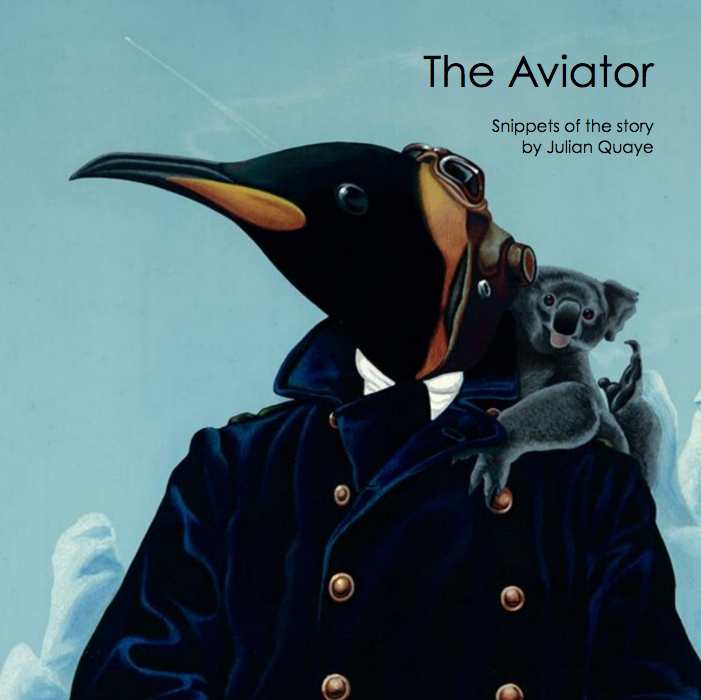