Andrew is one of the original Bristol street artists (he was painting on walls when you could only buy spray paint in garages).  He is both the alpha and the omega of street art - his work having recently been described as 'the next wave in street art - a movement of using fine art techniques portraying a powerful environmental or political message'.  This can be seen in his recent Artic Scream at last year's Upfest, which received acclaim from art bloggers and critics alike.  His previous piece for Upfest  was named in the top 70 street art pieces in the UK from Getty Images.    For him, the street art scene stands for a new revolution like the impressionists did at the turn of the twentieth century - "when ordinary people could at last express themselves and art wasn’t solely for the landowners and the church.”  Whether on walls or on canvas, his work is fine art with a twist, and is simply stunning.

Watch the fascinating video about his 2018 mural 'The Gift' at the top of the page. 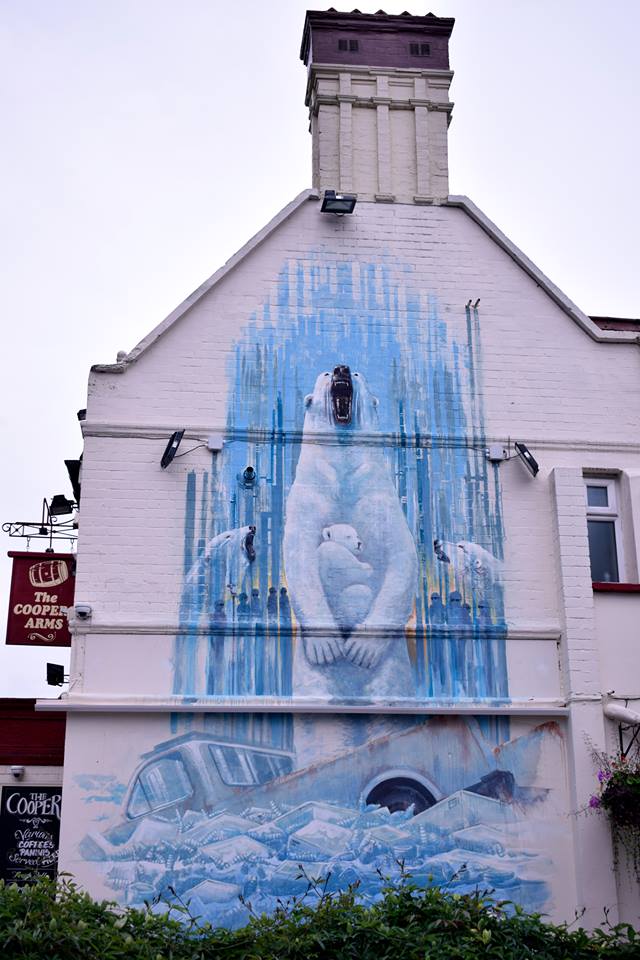 Artic Scream at The Coopers Arms, Bedminster Bristol for Upfest

August 2018 Made in Bristol TV The Old Stillage Mural 2

August 2018 Made in Bristol TV The Old Stillage Mural

March 2018 - Candid article about Andrew B.C. in the Huffington Post

October 2017 - Through the eyes of an Ostrich

August 2017 - Andrew at The Greenbank

July 2017 - New collection of Andrew's prints at the Kane Galery 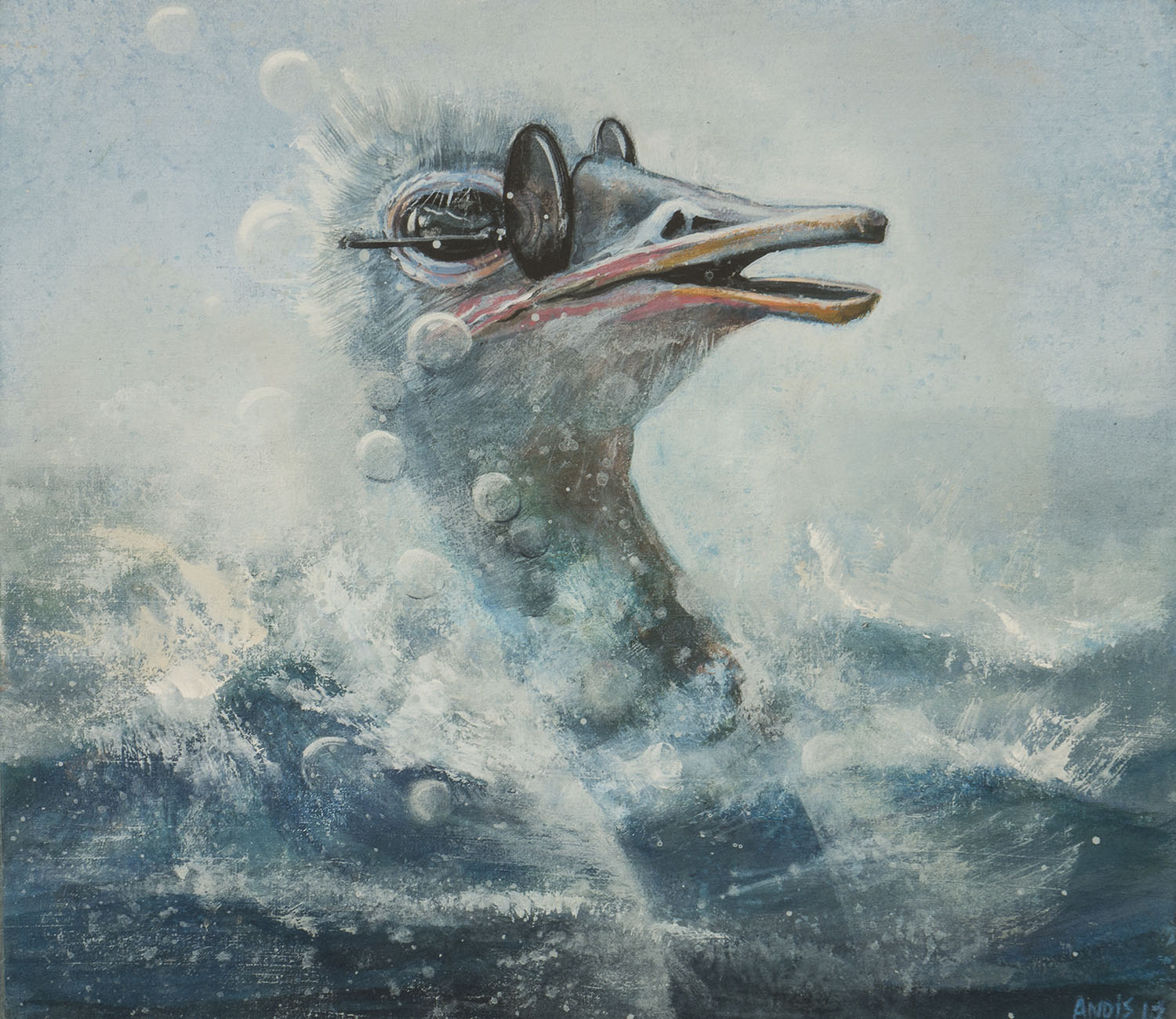 Through the eyes of an Ostrich - October 2017

​Of this collection Andrew says: 'An Ostrich has it’s head buried in the sand, worse than that it’s got Ray-Bans on. This exhibition is about what I see things happening around and people just ignoring it, or not being aware of it, or being aware of it but choosing not to do anything about it but just carrying on with their lives. This will cause us massive problems if we don’t start looking and understanding the environmental impact we are having for our children and our children’s children. People have got to start waking up.' 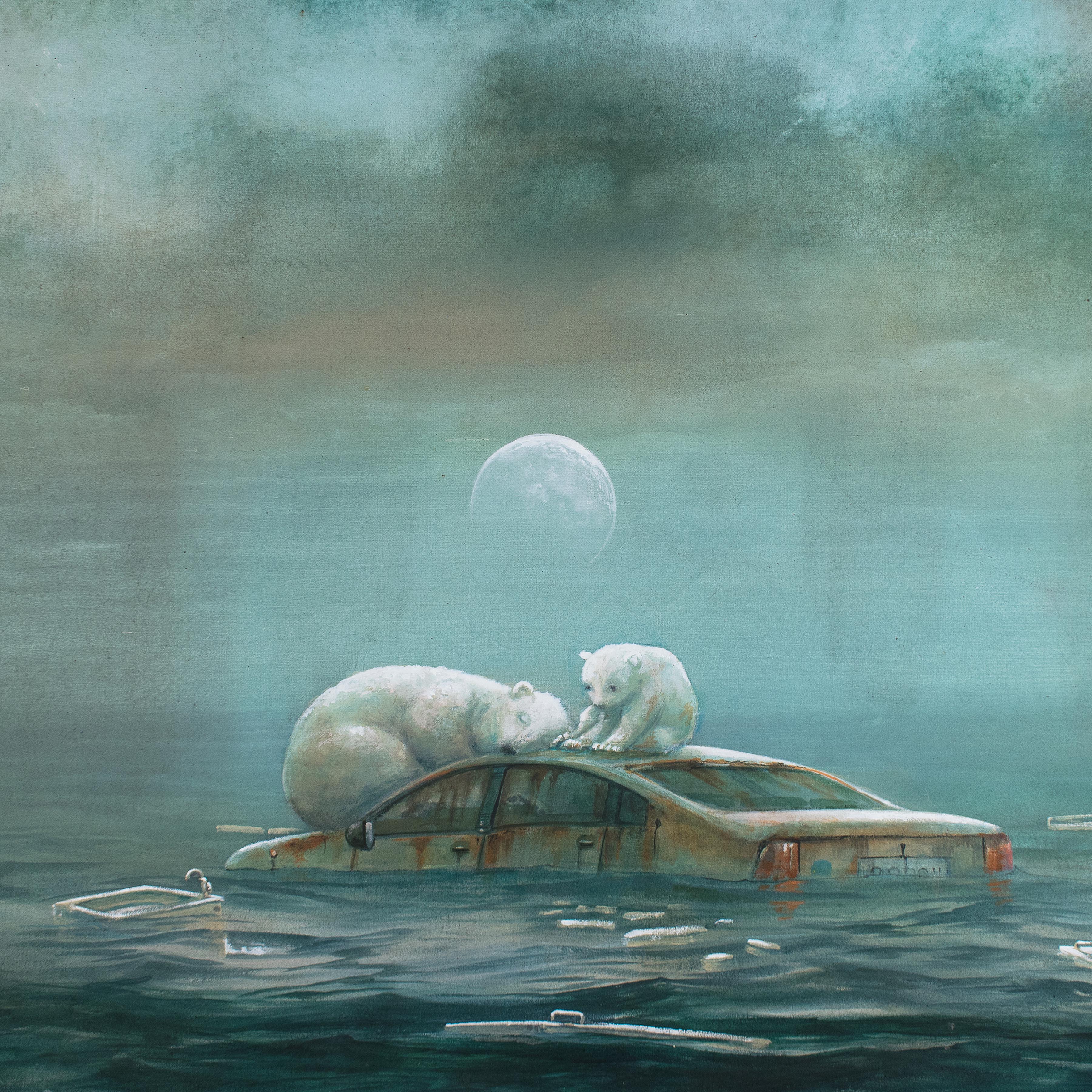 The works in Andrew's 20/50 Vision: Tomorrow's Habitat collection challenge our perception of how we will grow food and humans, our effect on the planet and how we will be fairing economically and operating socially by 2050.  Beautiful soak stained canvasses with hard hitting themes and being Burns Colwill there is a fair amount of dark humour thrown in too.  Add his affordable A3 giclee prints signed by the artist to your art collection. 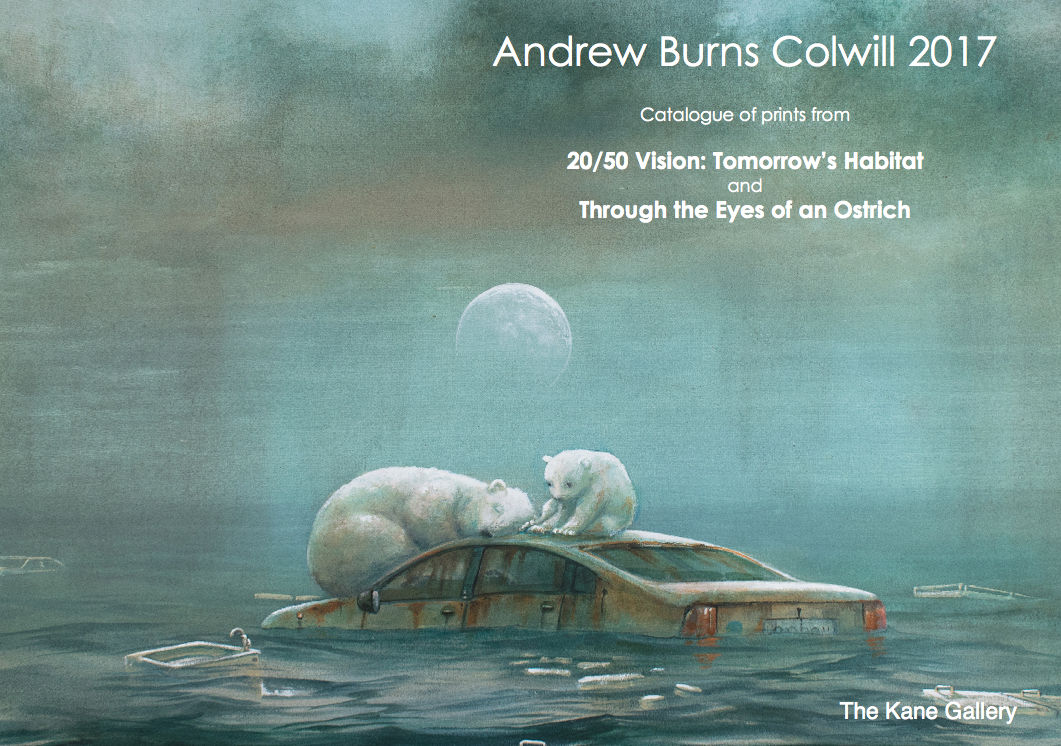 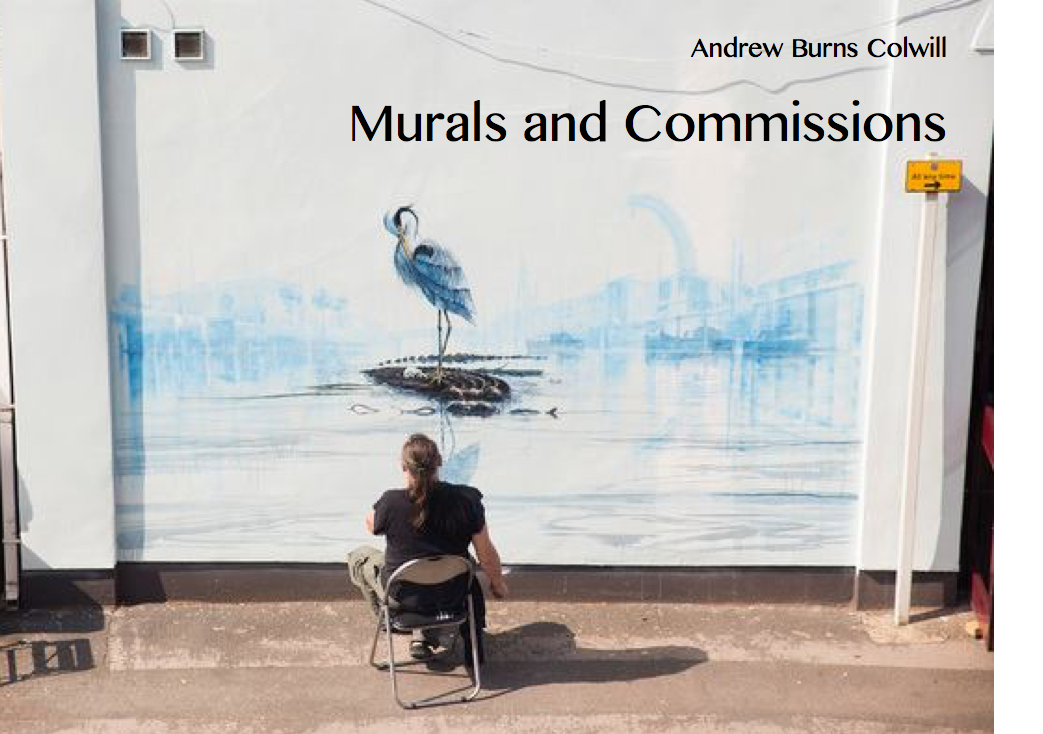 Examples of murals and commissions over recent years 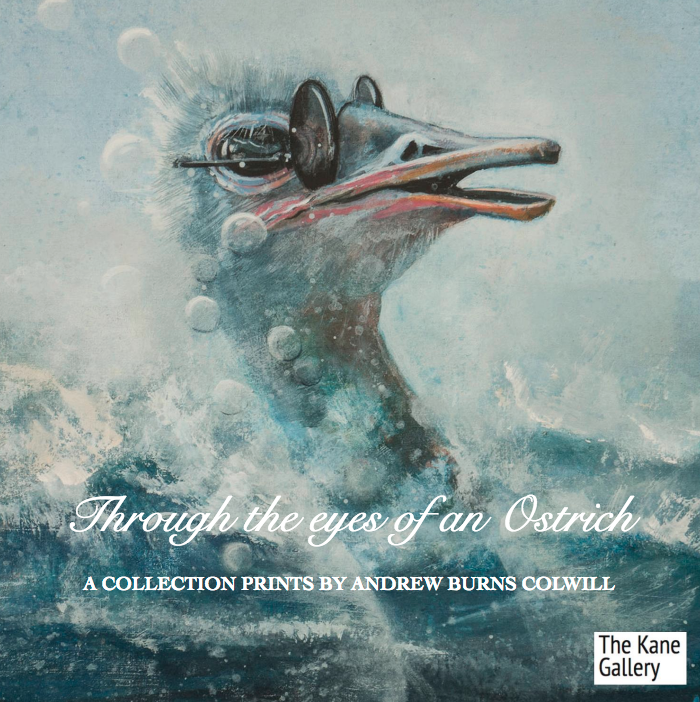 Through the eyes of an Ostrich On line catalogue 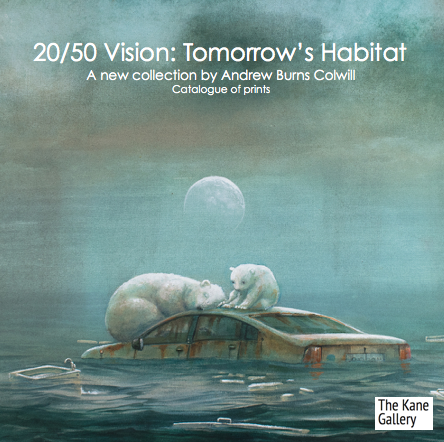