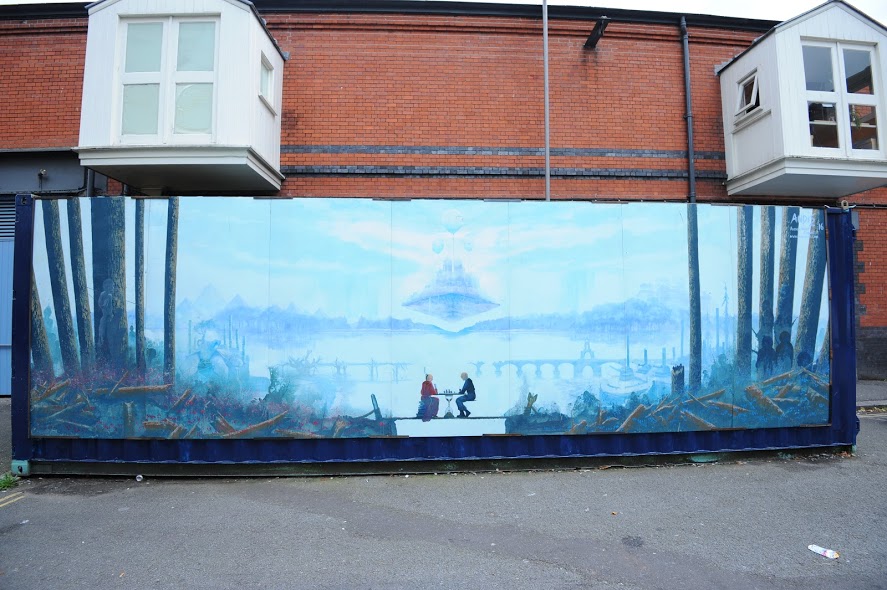 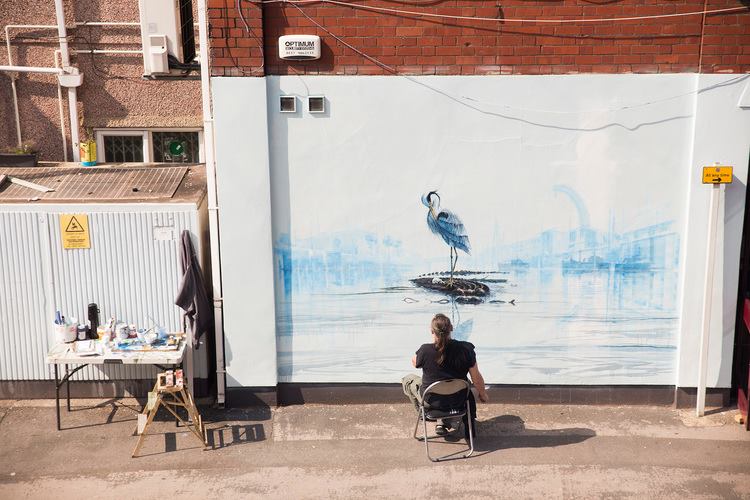 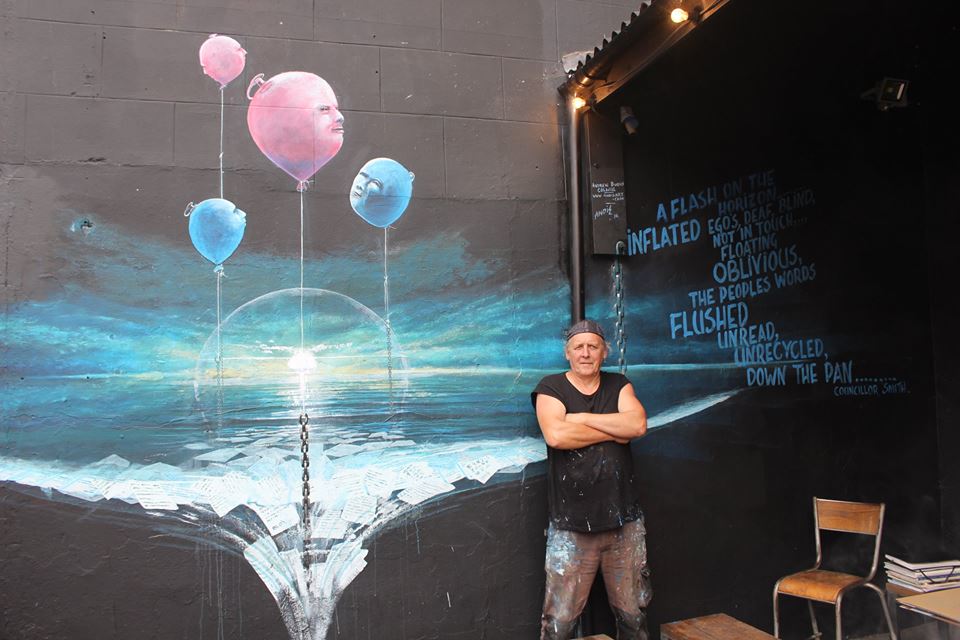 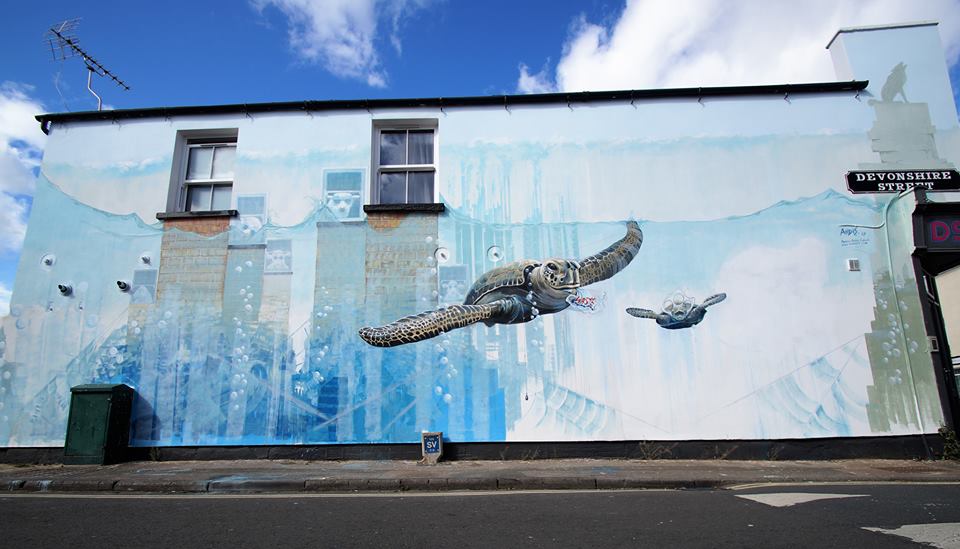 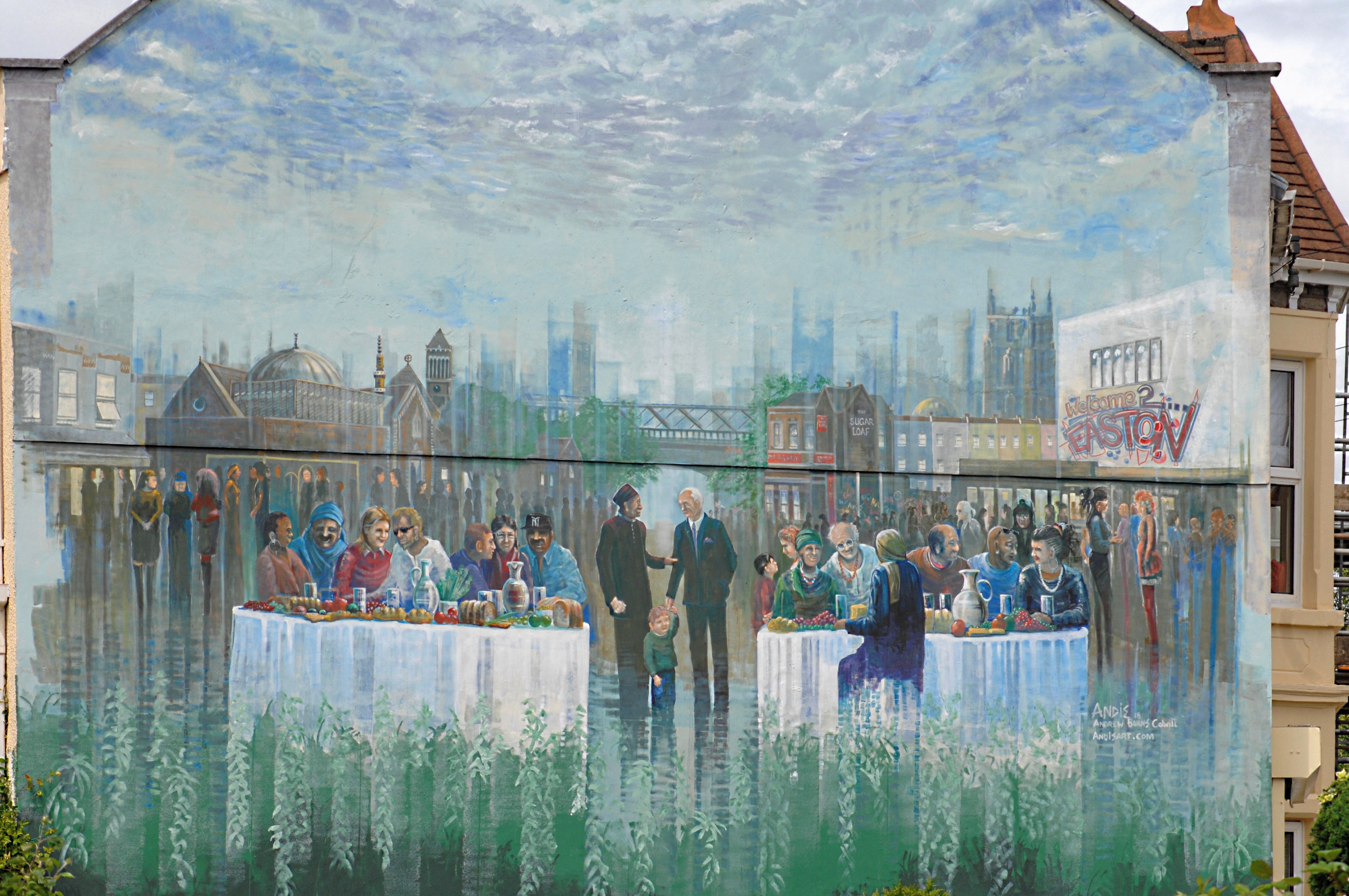 Unknown to Andrew, when he was starting out, his now signature 'soak stain' technique had its origins with abstract painters such as Jackson Pollok, Helen Frankenthaler and Moris Louis.  Over an artistic career spanning nearly fifty years, Andrew has added a richer dimension to this generally imprecise technique, transforming it into the layers of subtle composition and exquisitely detailed work that we see today.

Art has always been a means of expression for Andrew. producing his first work at 5, winning a newspaper competition at around 7 and selling  his first piece or work at 14. After leaving school without qualifications in the mid 70's his talent meant he always earned money from his art, whether it was selling his work;  painting backdrops  for theatre at Bristol Old Vic; scenic work for the BBC on shows like Blot on the Landscape and Robin of Sherwood; or on the streets.  At one point in the 1980's four buildings on Bristol’s (then popular punk scene Park Street) were canvases for his work including Zoo  and Trax.  Always a prolific artist he was constantly creating new work.  In the early days he used untreated canvas, developing techniques using curtain linings stretched over hand-made frames and household paints just to get he work out there.

During the 80's he produced 100’s of paintings often selling them very cheaply to fund his drug habit at the time.  Shunned by traditional fine art galleries in 1987 he  created a spectacular exhibition at Ashton Court Mansion attracting over a 1,000 visitors which was covered by local media.   Those were the heady times which were fueled, and then broken for a time, by addiction.  In 1990 he  took himself to Greece to escape ‘the scene’ for a couple of weeks and ended up staying nearly 20 years.

Greece, for him, was "a mind rehab".  He says "It enhanced my work and gave me a far better perspective on the human race."  In Greece he continued to hone his craft both on canvas and on walls.  By the time he left most of the streets in lower Pathos  in the restaurants, bars and discos were external and internal canvases of his work.   "What dawned on me on Greece that  I should do something with my art, say something.  That is foremost with me.   An artist should look at, try to understand and portray what he sees hopefully for the better, and before he dies be able to say something – that is important."

He returned to his beloved Bristol just over ten years ago.  In a recent interview with the Huffington Post Andrew described his homecoming as like “stripping the carcass clean.” It gave him a new perspective for this next chapter of his work.   “All of my work has to talk now, otherwise I can’t produce it”.   His recent works are heavily influenced by current affairs:   "I think it became very important to me when Donald Trump got into power  and then Theresa May and the Brexit vote.  People like me started thinking we can’t go on like this.  I don’t want to put any political view point across but what I do want to do is to make sure that the planet is as safe as possible for our grandchildren whilst we are in this particular situation globally.   Some people seem  bent on destroying not only everything on the planet but also everybody.  So my work has taken that swerve to preserving what we can."

He is currently working on a new exhibition which continues to develop these themes and will  powerfully highlight how he sees the global dichotomy of   "how the world is at a fork in the road, which could either end with the survival of a smaller, wealthier population or sharing of the planet’s wealth and resources". 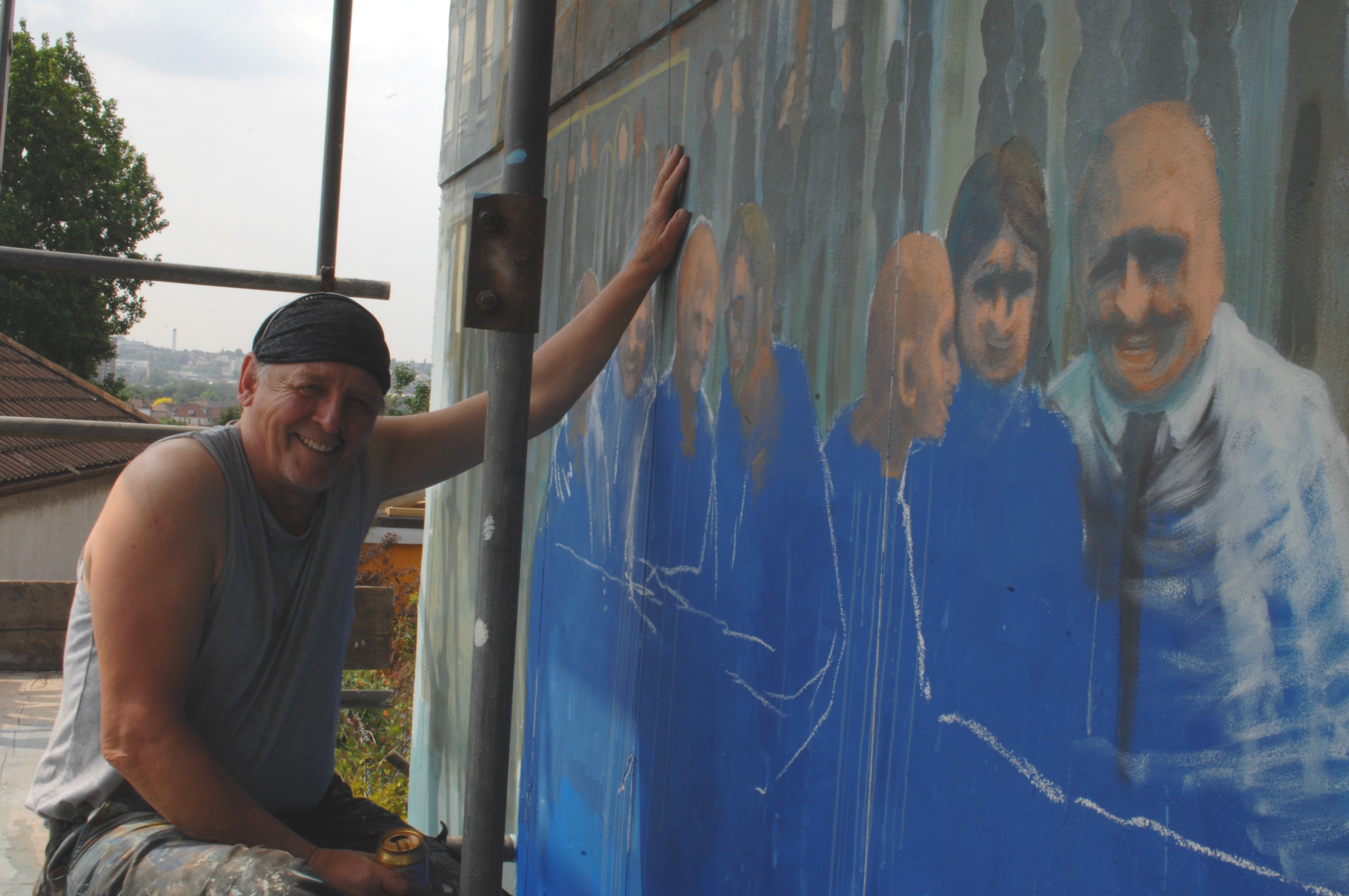 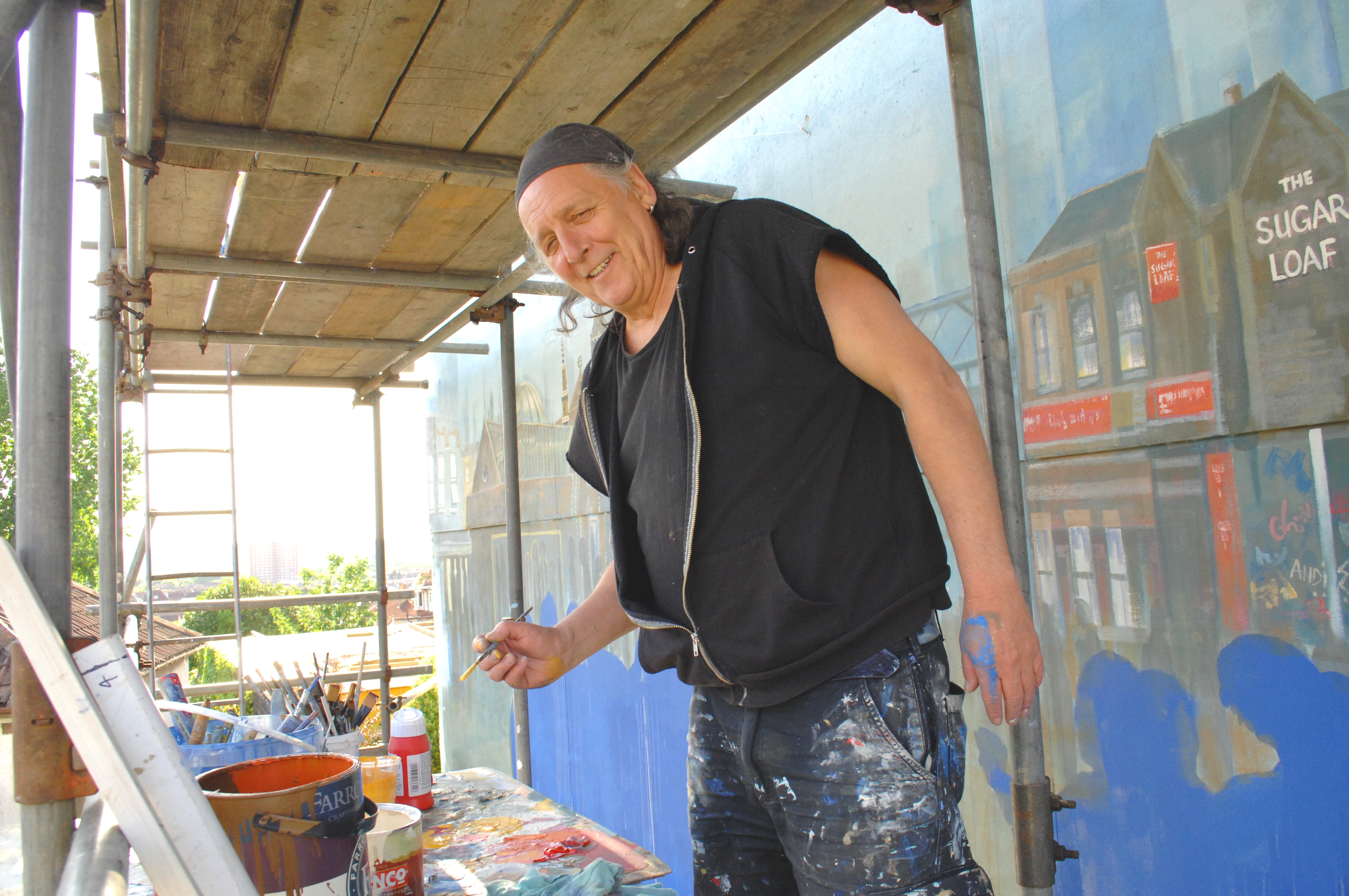 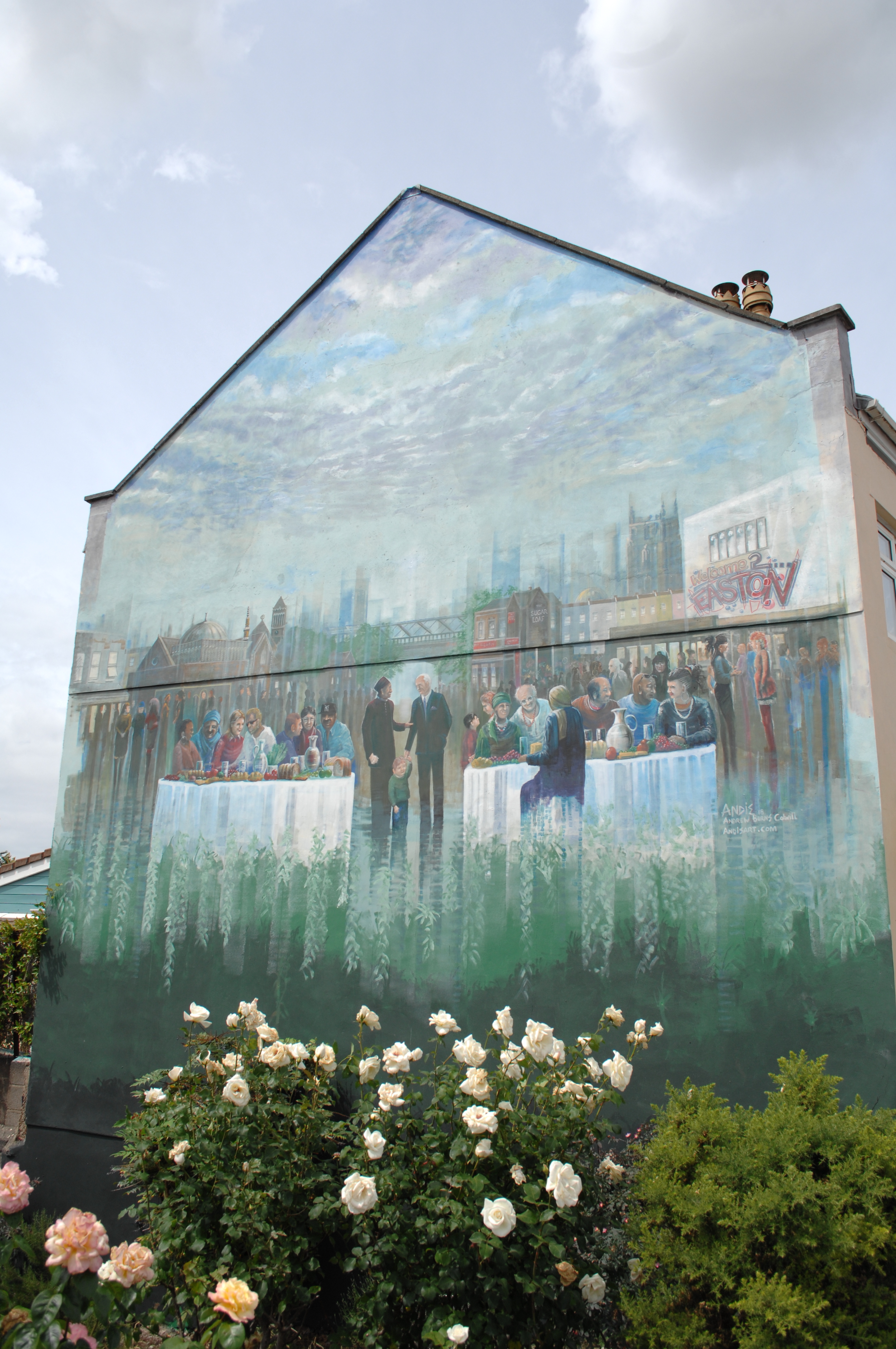