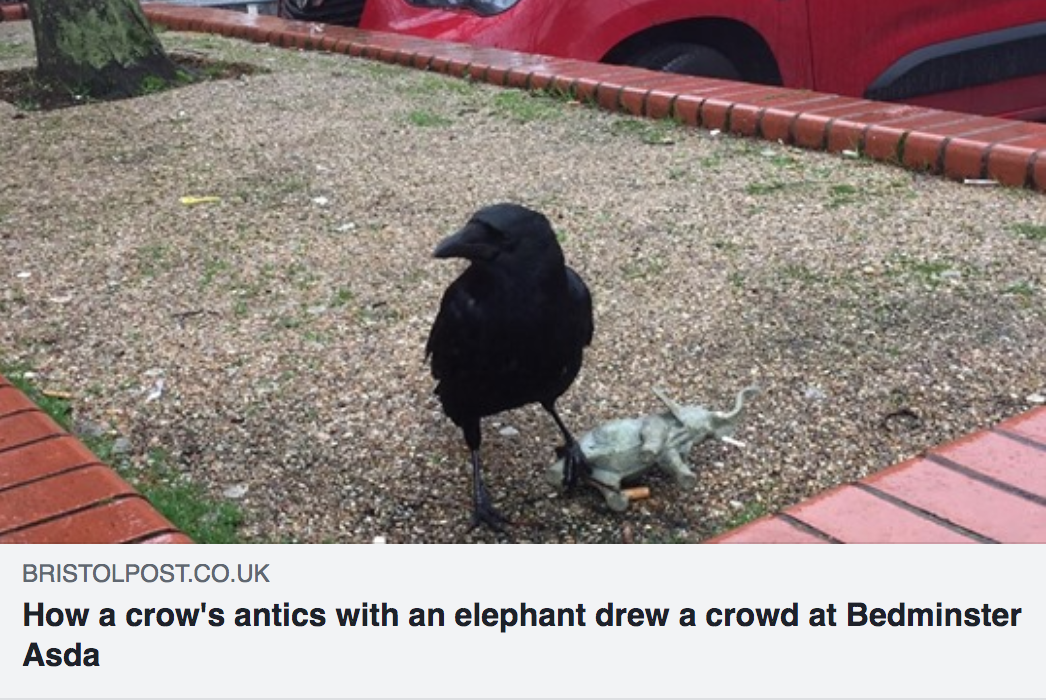 Muse in the News

Toby the cheeky little crow that spends most of his time entertaining the reguars at The Ropewalk pub  (and purloinging any shiny objects like lighters and hiding them away) has taken his show on the road - and even captured in today's Bristol Post live fashioning tools from a twig and a cigarette but to capture an elephant. Click on picture above to see full article.

Julian was so taken by this cheeky chappie earlier last year that he captured him in his portrait.  Seen with Bristol's iconic Clifton Suspension Bridge and Observatory.

Julian is still working on his backstory but so far he writes "Toby Theadore Clevely nightclub impresario, corvus corone about town, lighter stealer and the uncrowned king of the Ropewalk pub in Bedminster Bristol." 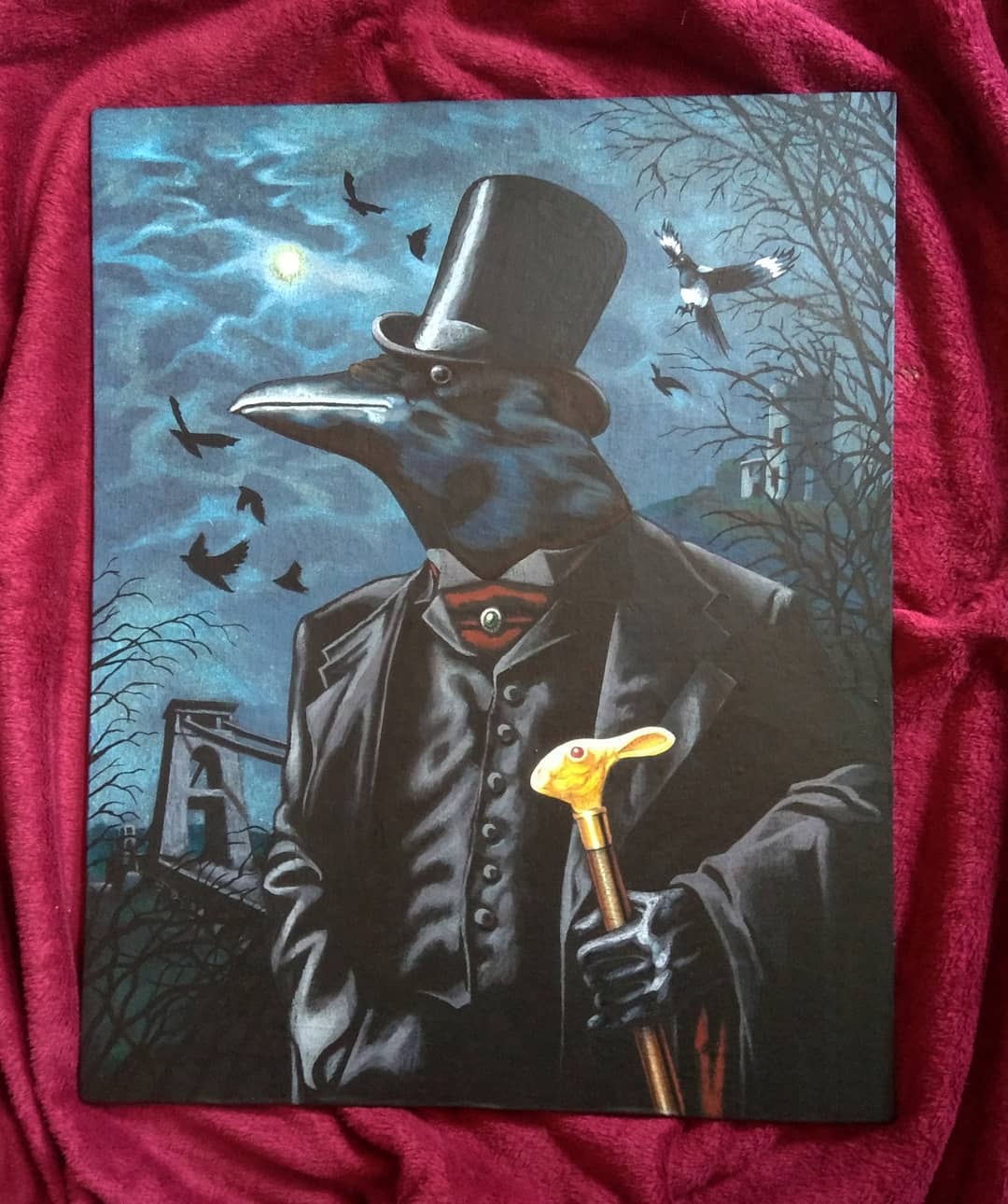 Toby and his portrait can be found at The Ropewalk

Landlady Anne Celvely says he generally pops in about 5pm if you want to meet this little crow of distinction. 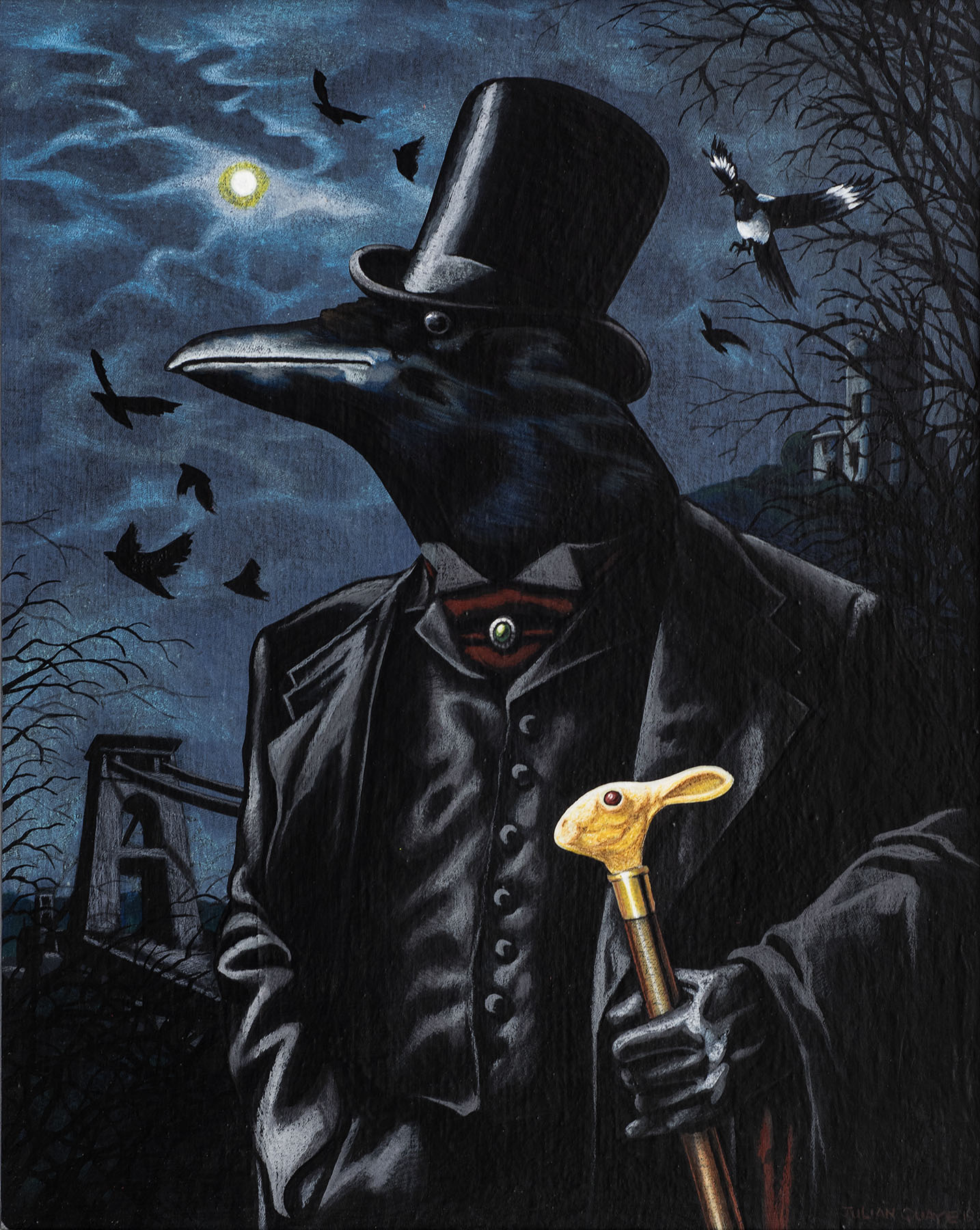 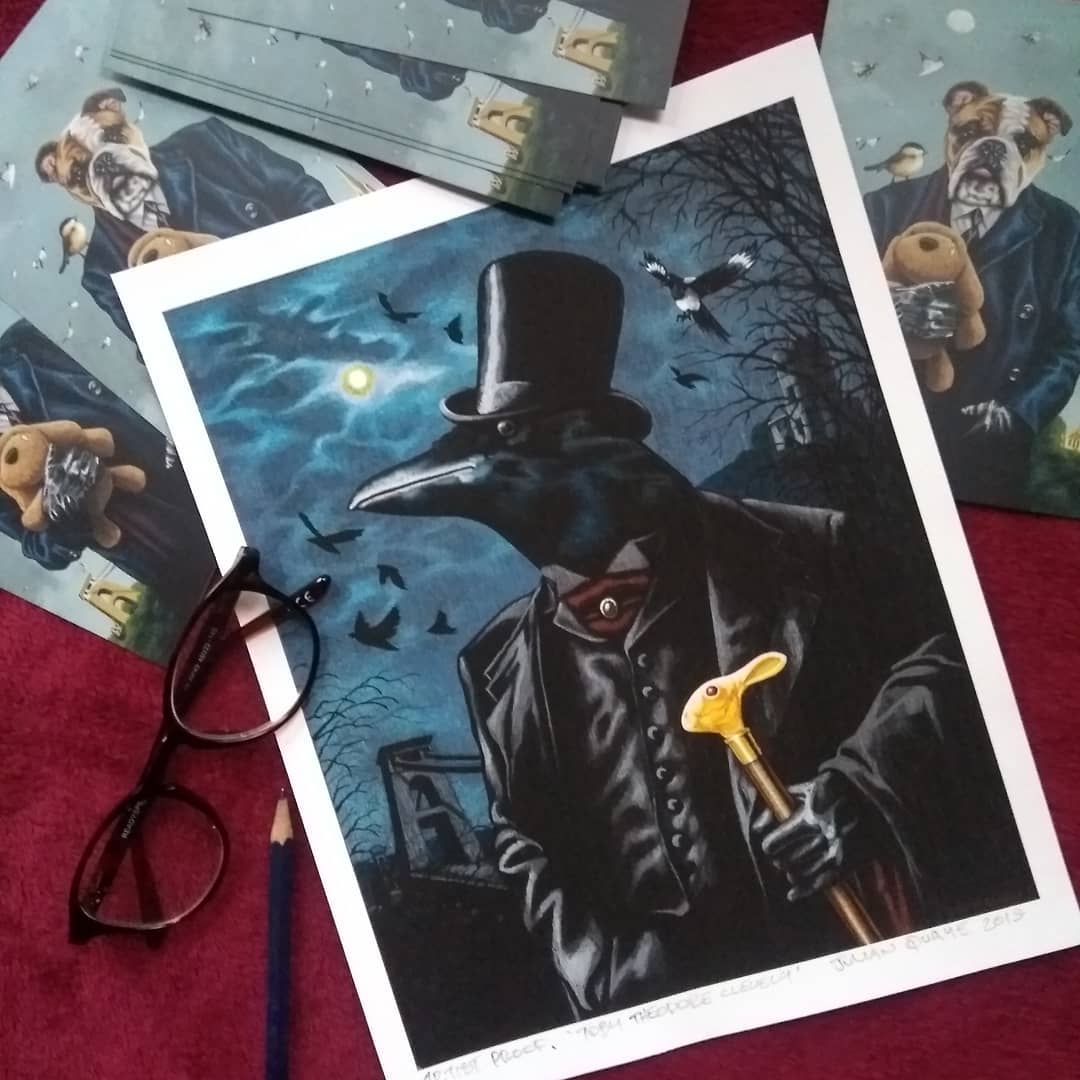