Thomas Dowdeswell pulls back the curtain on current, controversial issues with surreal political satire, challenging the viewer to confront, digest and empathize with multiple perspectives, both literally and theoretically.

The complexity is discernible and at times even daunting, yet Dowdeswell’s works remain decipherable like an unnerving cautionary poem of the end of civilization as we know it. Meanwhile, under the geometrical figures, symbolic color palettes, and explicit imagery, an intellectual voice is always present.

Dowdeswell’s surrealist style creates a dreamscape atmosphere where he deliberately juxtaposes imagery of desperation and opulence, victimization and exploitation, in an attempt to explore the inequality of society through a flurry of abstraction and symbolism. When expressed through structural shapes, the form and energy is reminiscent of Futurist Umberto Boccioni's Elasticity (1912).  But sometimes that flurry takes a complete abstract form, reminding the viewer of Kandinsky’s Compositions (1913), and thus the longing for liberation. Moreover, Dowdeswell’s faceless, indistinguishable figures have an uncanny resemblance to Salvador Dali's  'creature' in The Persistence of Memory (1931) reinforcing the obscure, dreamlike setting and reiterating the inescapable confusion of the human condition.

Thomas has an impressive showing history exhibiting across the United States, Europe and the UK. 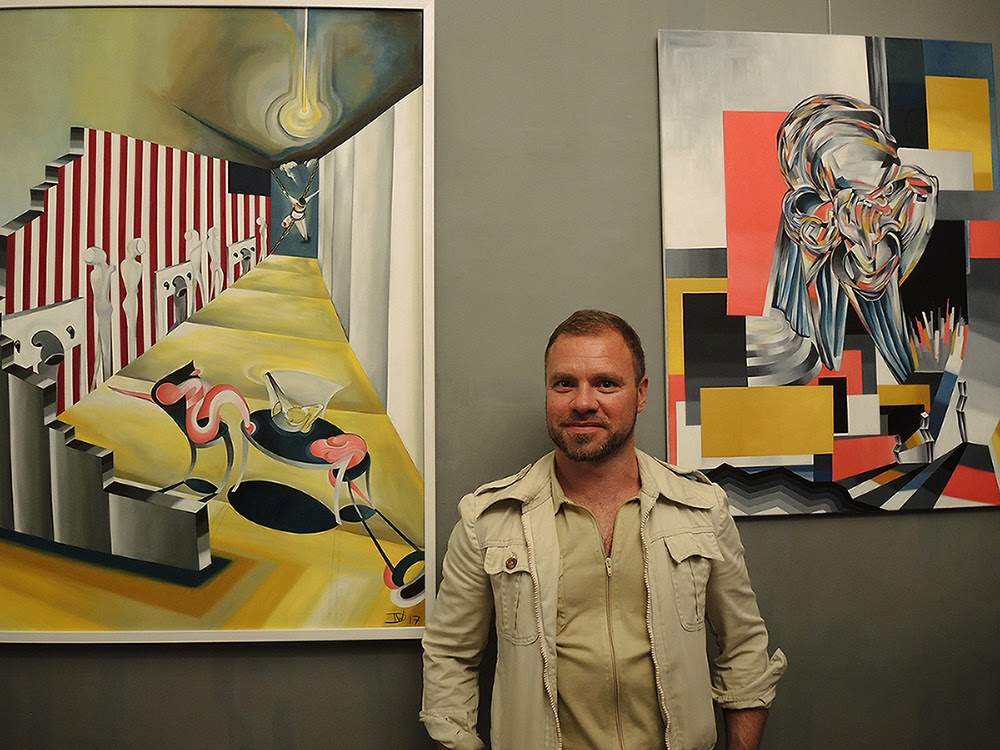 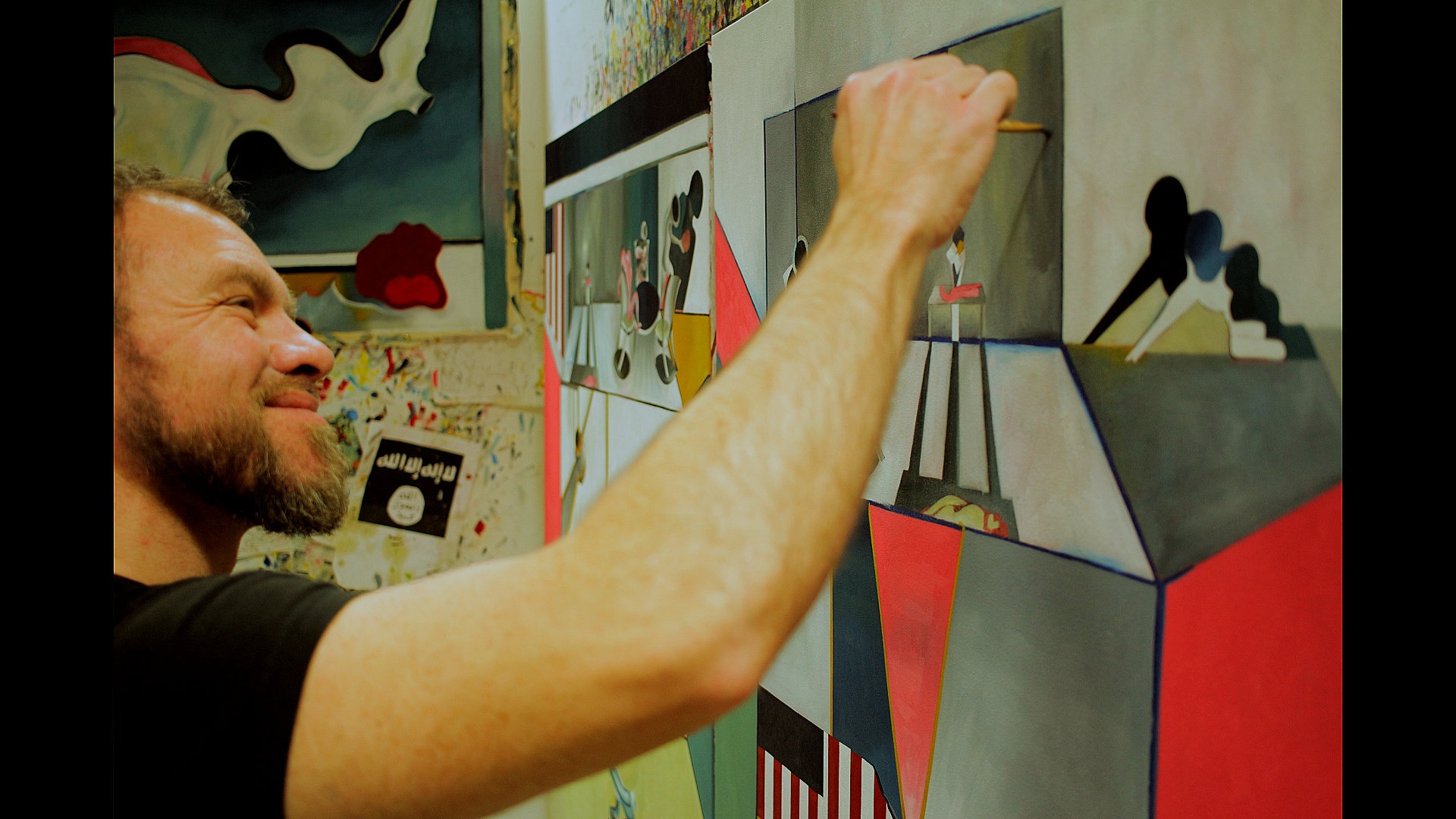 Thomas in the studio 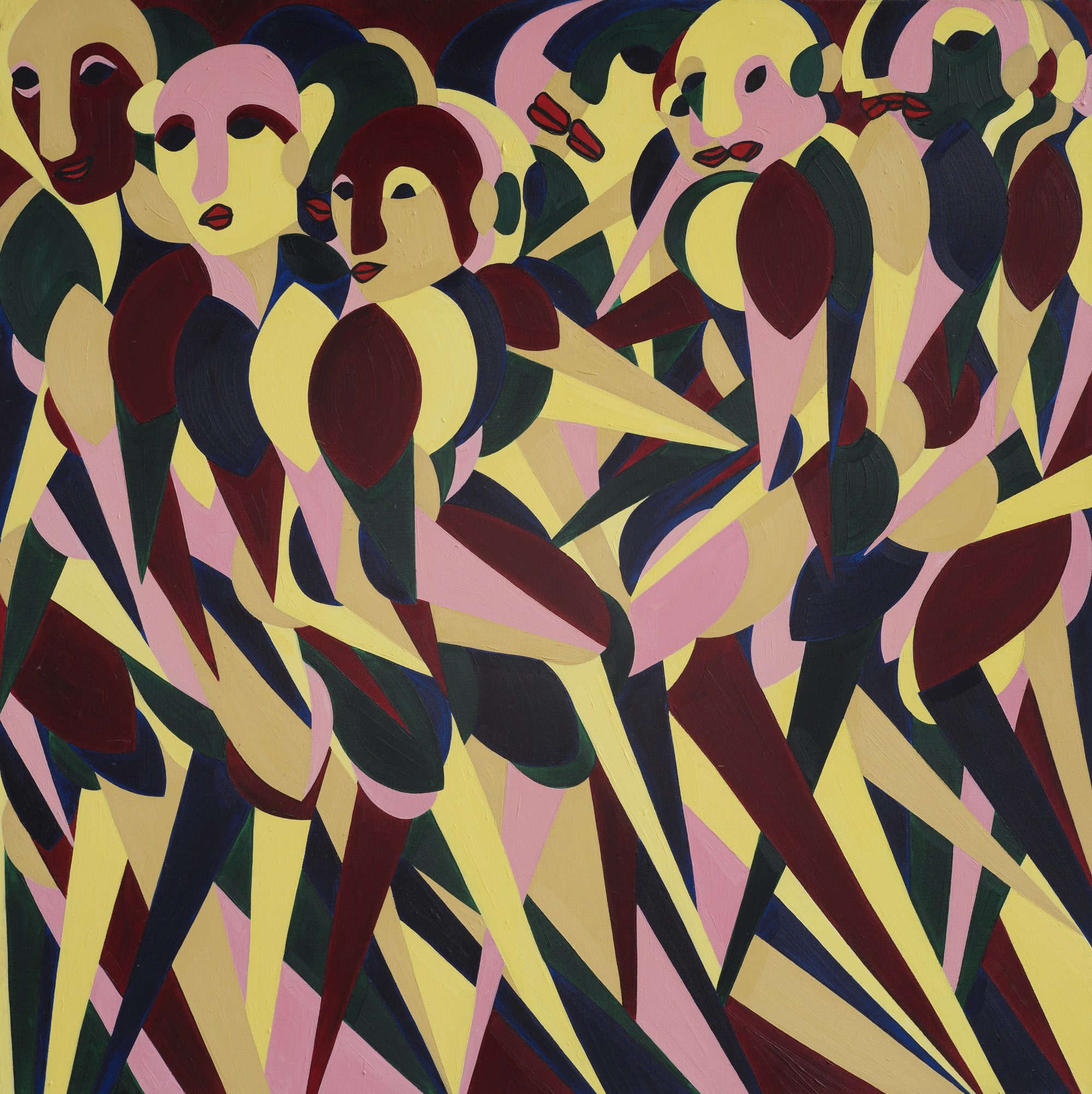 A classic imagination of a 1930s be-bop scene with a frenzy of figures dancing and grooving. 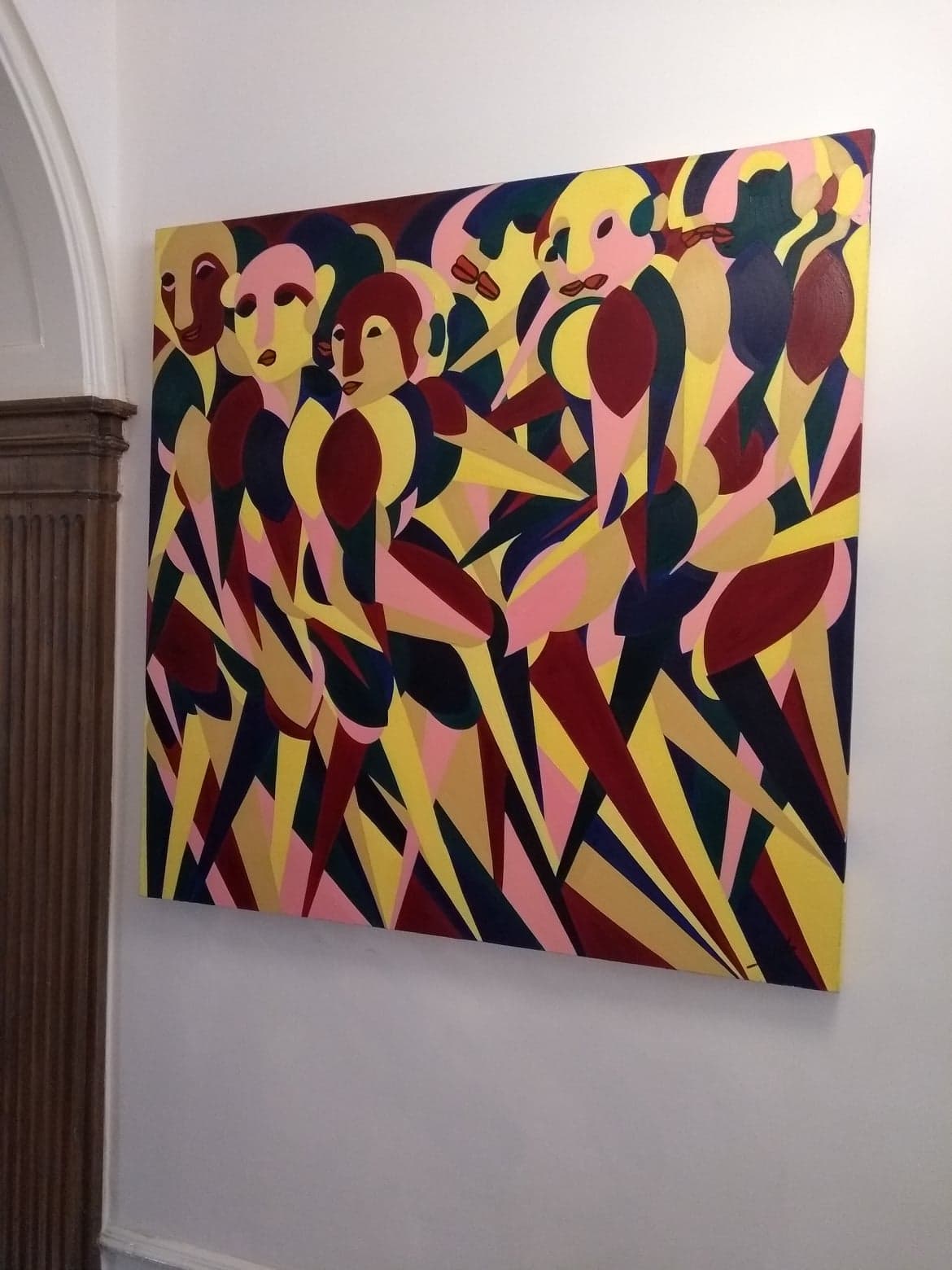 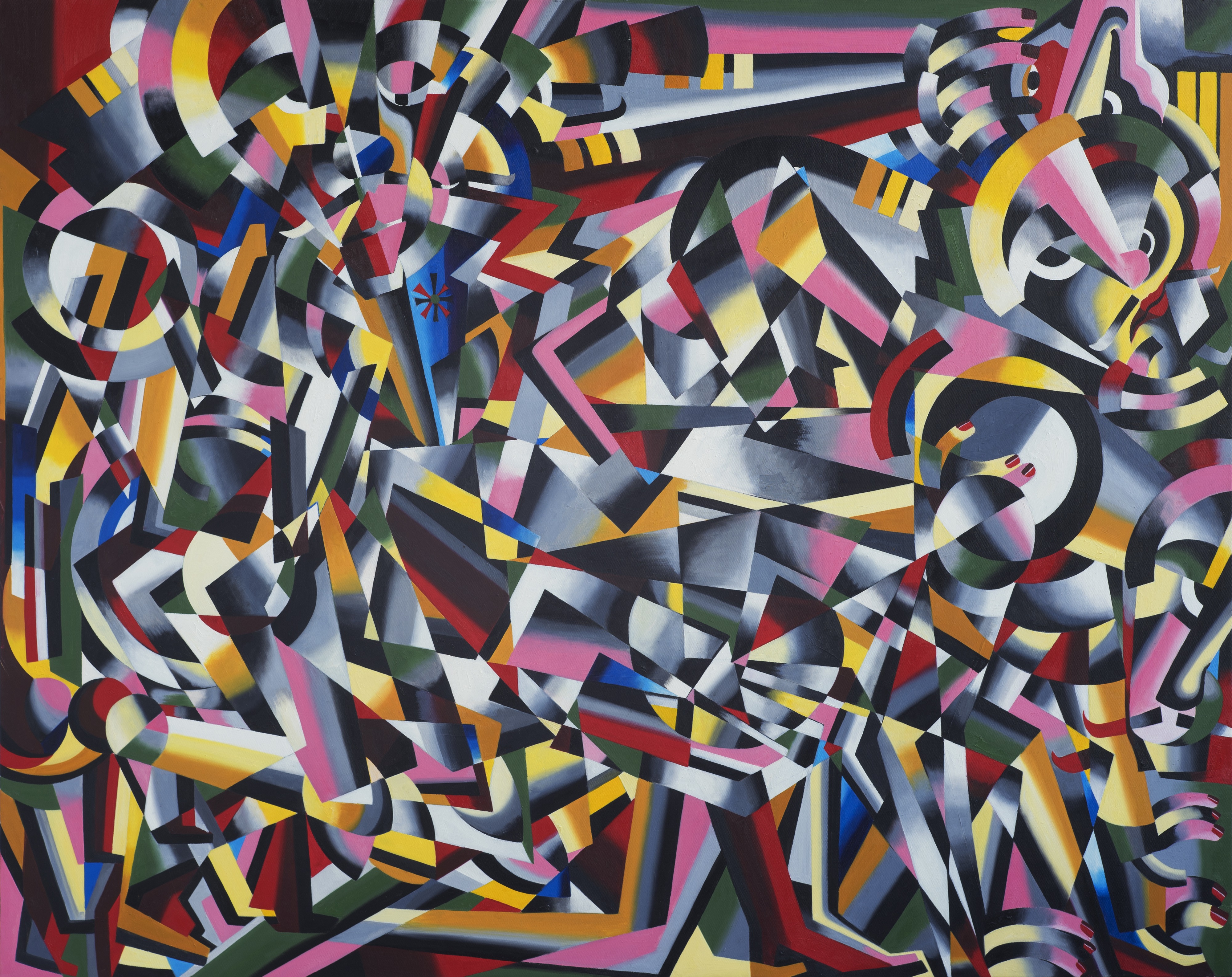 This intricate geometric arrangement raises questions about the mechanisation of war and the often farcical quality of the leadership which leads us into terrible foreign adventures. 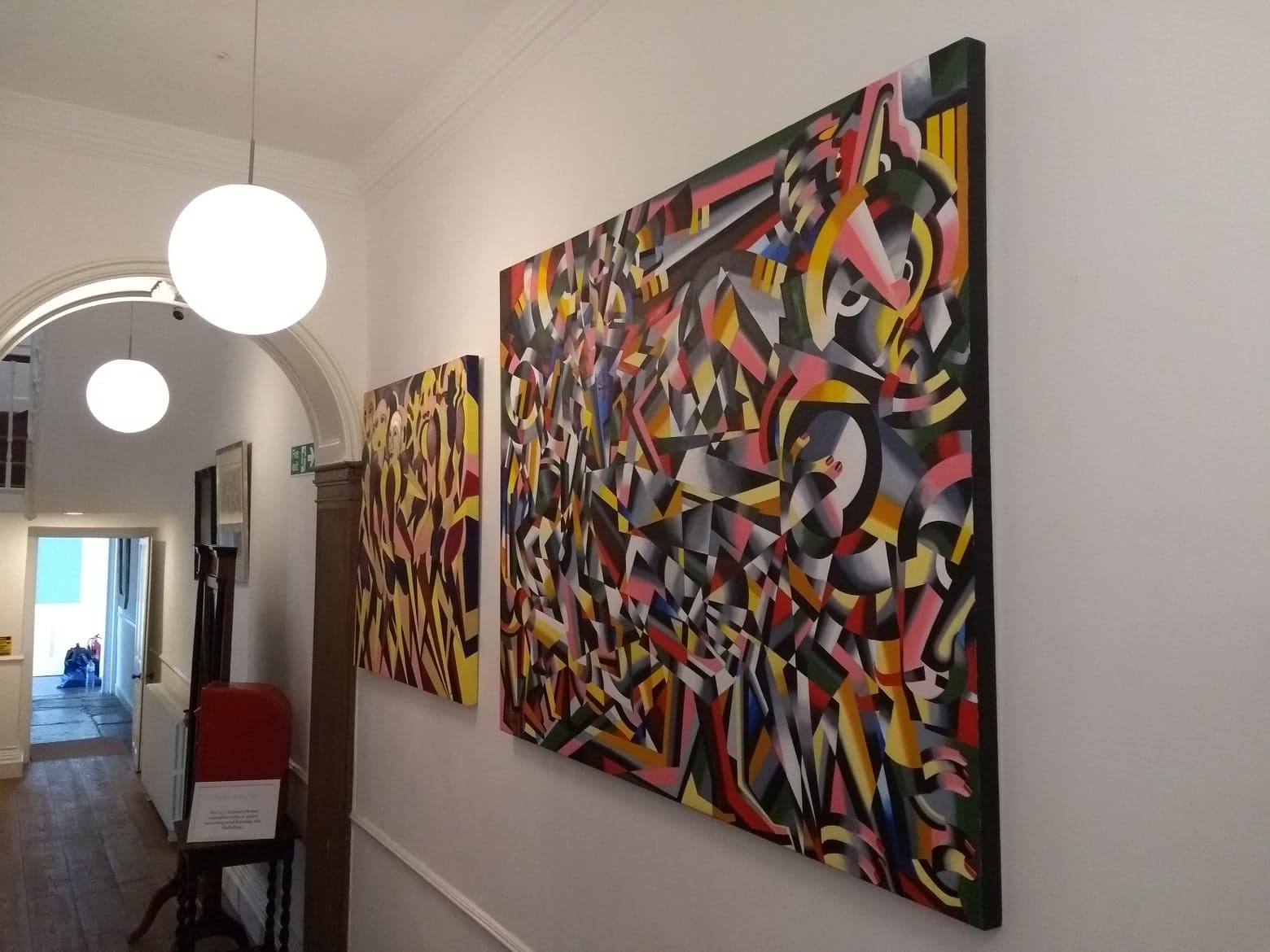 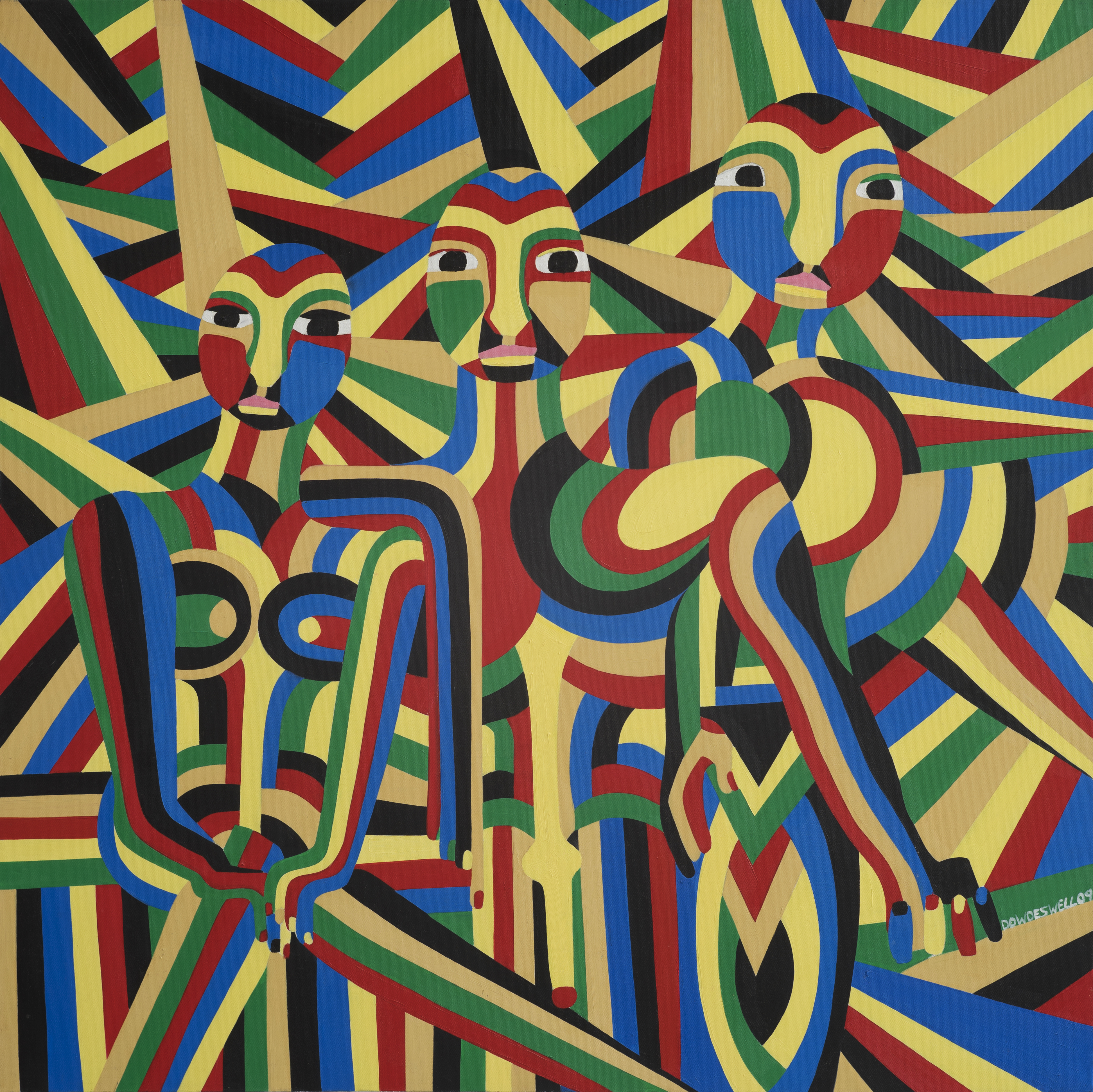 About this piece Thomas says 'I've always been intrigued by the concept of our robotic selves, especially in a rapidly developing technological landscape.  Three robotic figures wait attentively in a geometric landscape. 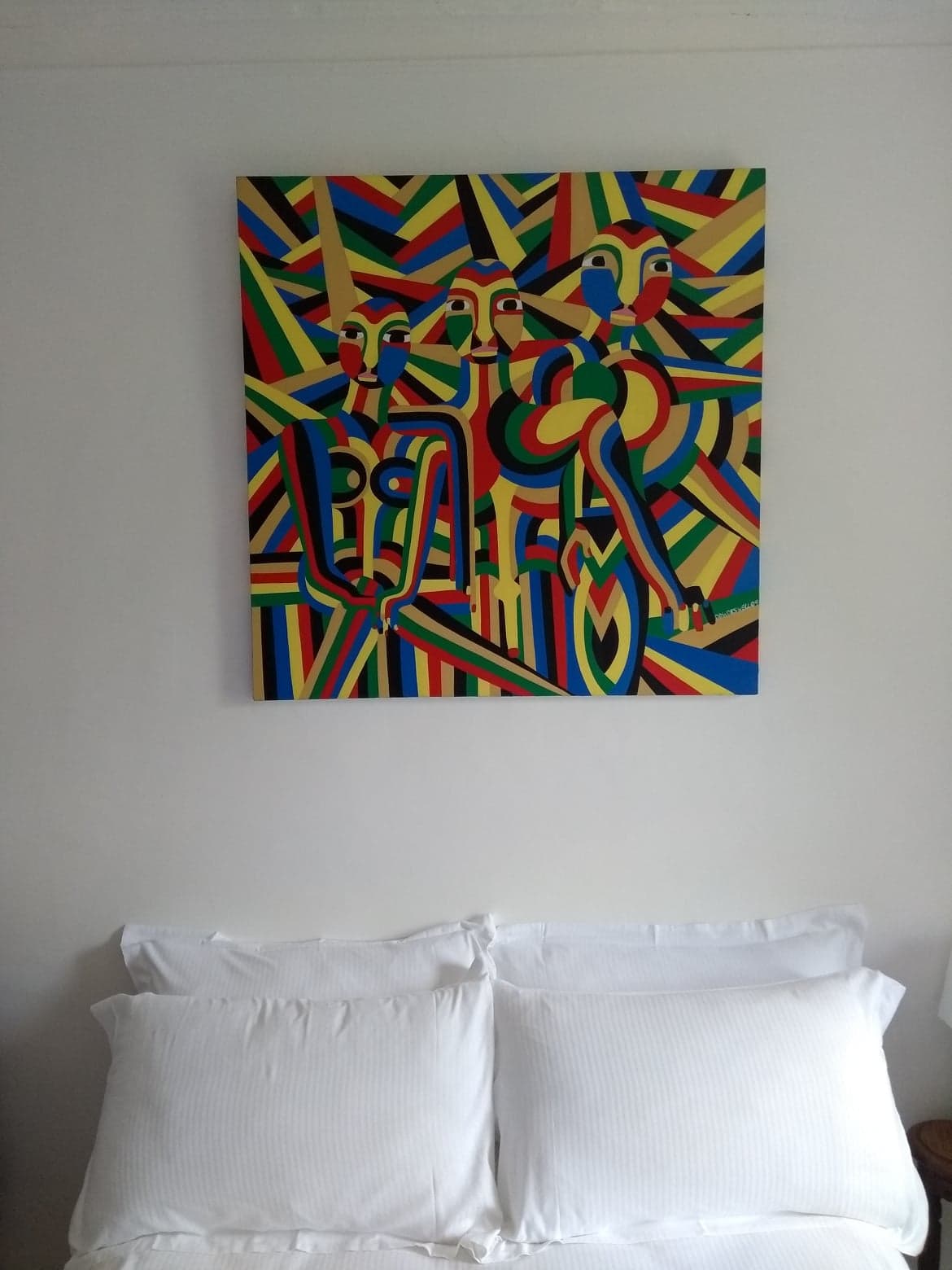 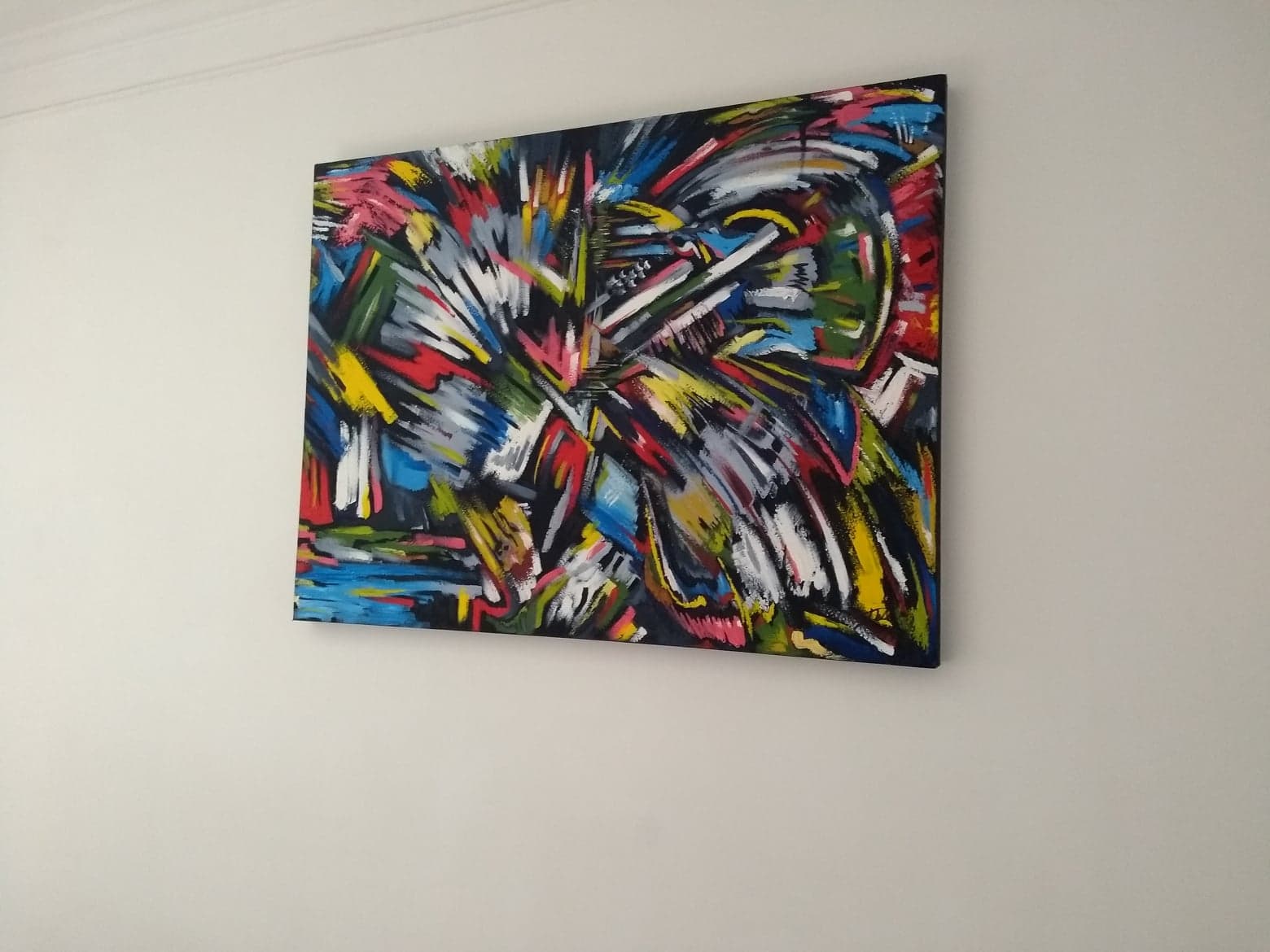 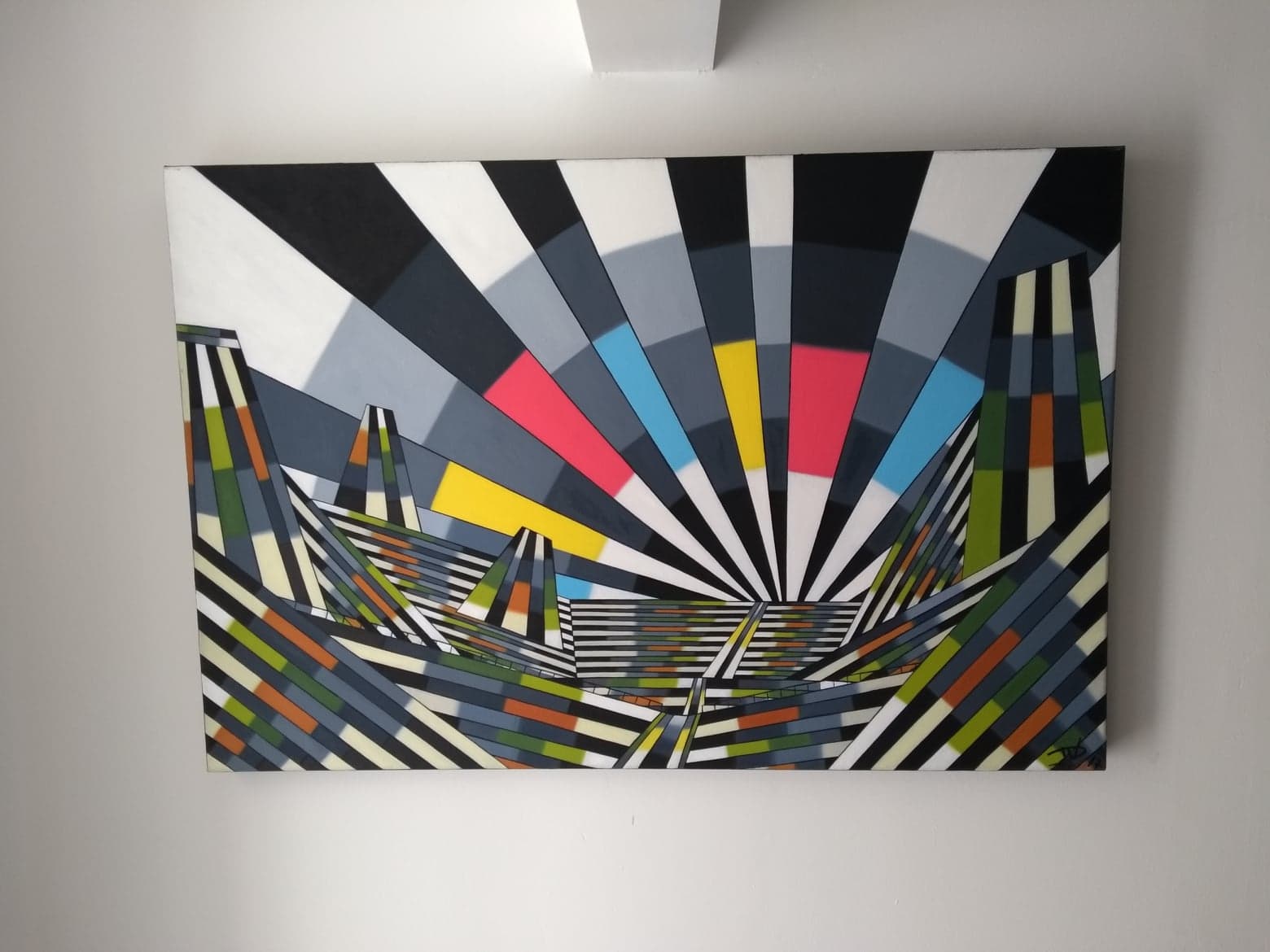