The story behind Mr Snuggles is Straight Outta Collompton

I've been working with Julian Quaye for over three years now and I find the way he builds his paintings fascinating.  I've watched him use paint, pencil, pastel - sat there observing - and I still don't have a clue how he makes leather look like leather, fur like fur, metal like metal.  But somehow he does.

Not to be content with just this visual toolbox of skills he also has a bigger picture for his body of work 'The Aviator Collection'.  This is a selection of anthropomorphic figures each with their own backstory which weave together like a Turkish carpet in their connectedness, and also stand as individuals which just sparks the reader's curiosity.  His vision is that this collection will one day become a book (he is constantly working on new illustrations and back stories) and with a fair wind and a creative production company perhaps a film.  He even has the voices earmarked for who he would like to play them.

And so to Mr Snuggles here.  He is one of my favourite characters - a conspiracy theorist bunny - who meets a sad demise (but more of that in a later blog).

The tantalising snippet Quaye gives about his Snuggles character is:

'Mr Snuggles' wild rants and pamphleteering from the backroom of The Woodcutters Inn in Bristow about - shadow governments, secret agents, mind control experiments, corruption in high office and the black clad Kalystrii - bring him to the attention of those in power…….'

Those who know Bristol may infer a connection with Thw Woodcutters Inn and The Hatchet Inn in the centre of town.  Curious that Quaye (also an accomplished and well known signwriter) painted the signage and murals throughout the pub. 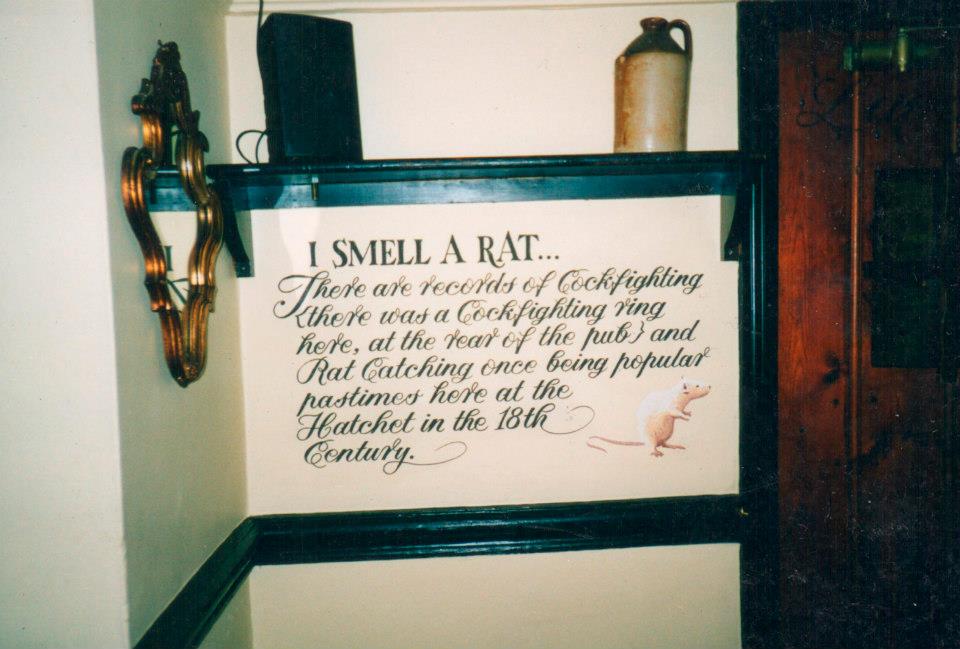 Julian did these snippets of signwriting throughout the Hatchett about ten years ago.  I love the way that the pub has lovingly saved them thorough at least two refurbishments since then and has ensured they were painted round not over.

This is an artist of multi-dimensional disciplines and brain.  I remember him finding a vido and pointing out that this was like the inside of his head - CONSTANTLY!

So he is a man who hears voices, and the voice he hears for Mr Snuggles - Liam Neeson.  Let's hope we also get to hear them one day too.

Where you can see Julian Quaye's work in Bristol:

Print of Mr Snuggles Straight Outta Collompton is for sale along with some more wonderful talented artists from Bristol at  The Shakespeare, Totterdown, Bristol curated by The Kane Gallery.

A selection of prints on canvas are available to buy at Backwell House, Backwell, Near Bristol.  This collection is curated by The Hidden Gallery in Clifton. 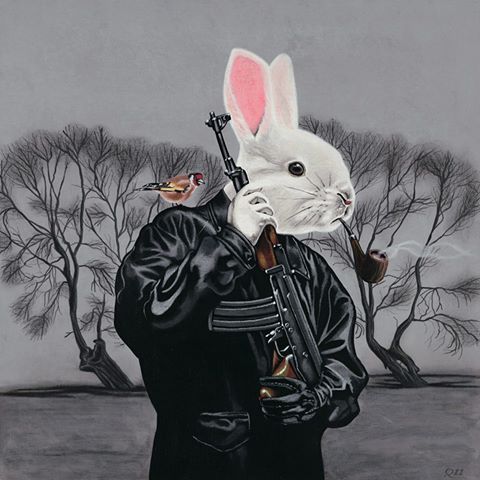 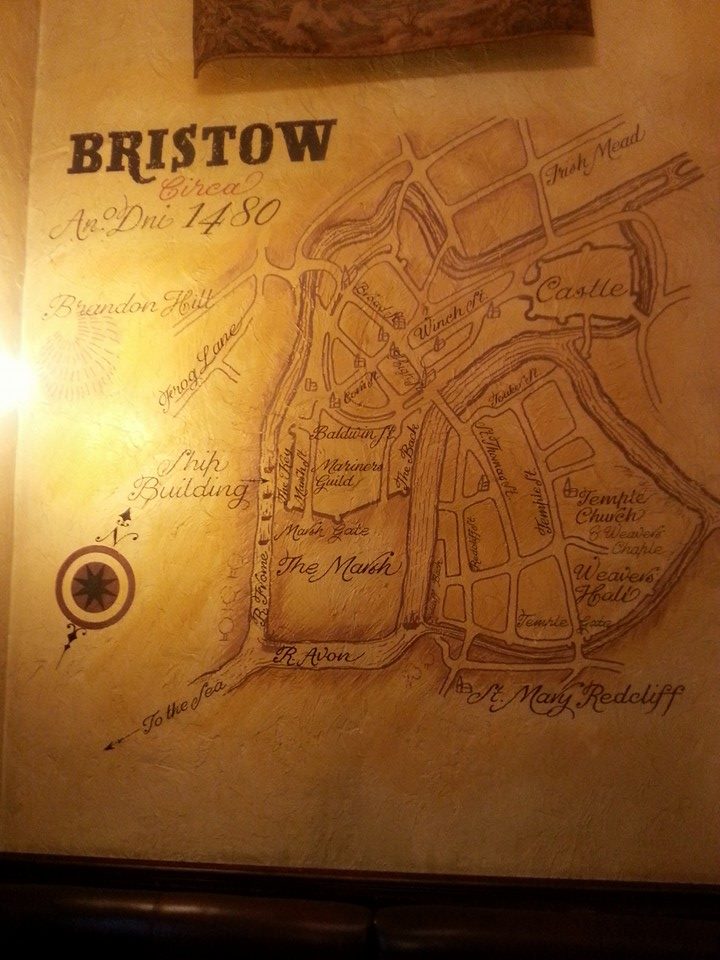 Mural of old Bristow found down at the Hatchet 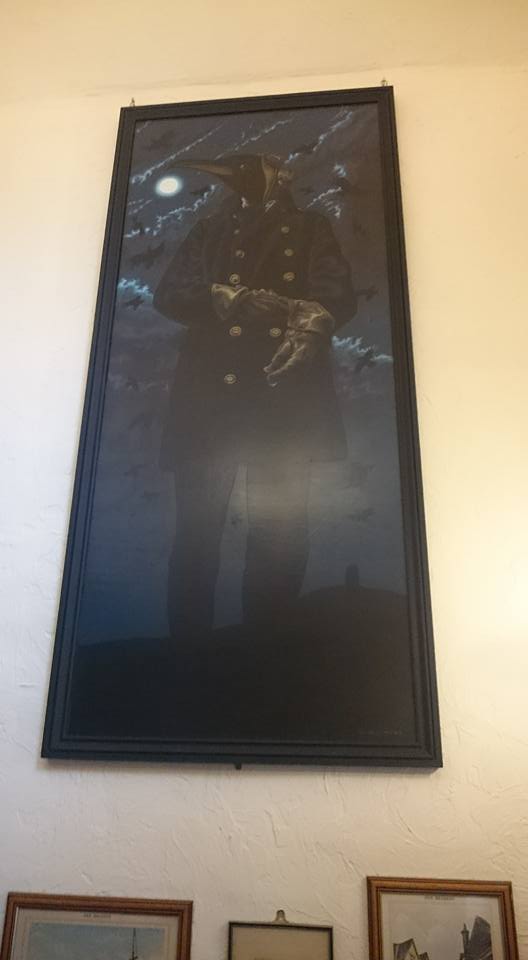